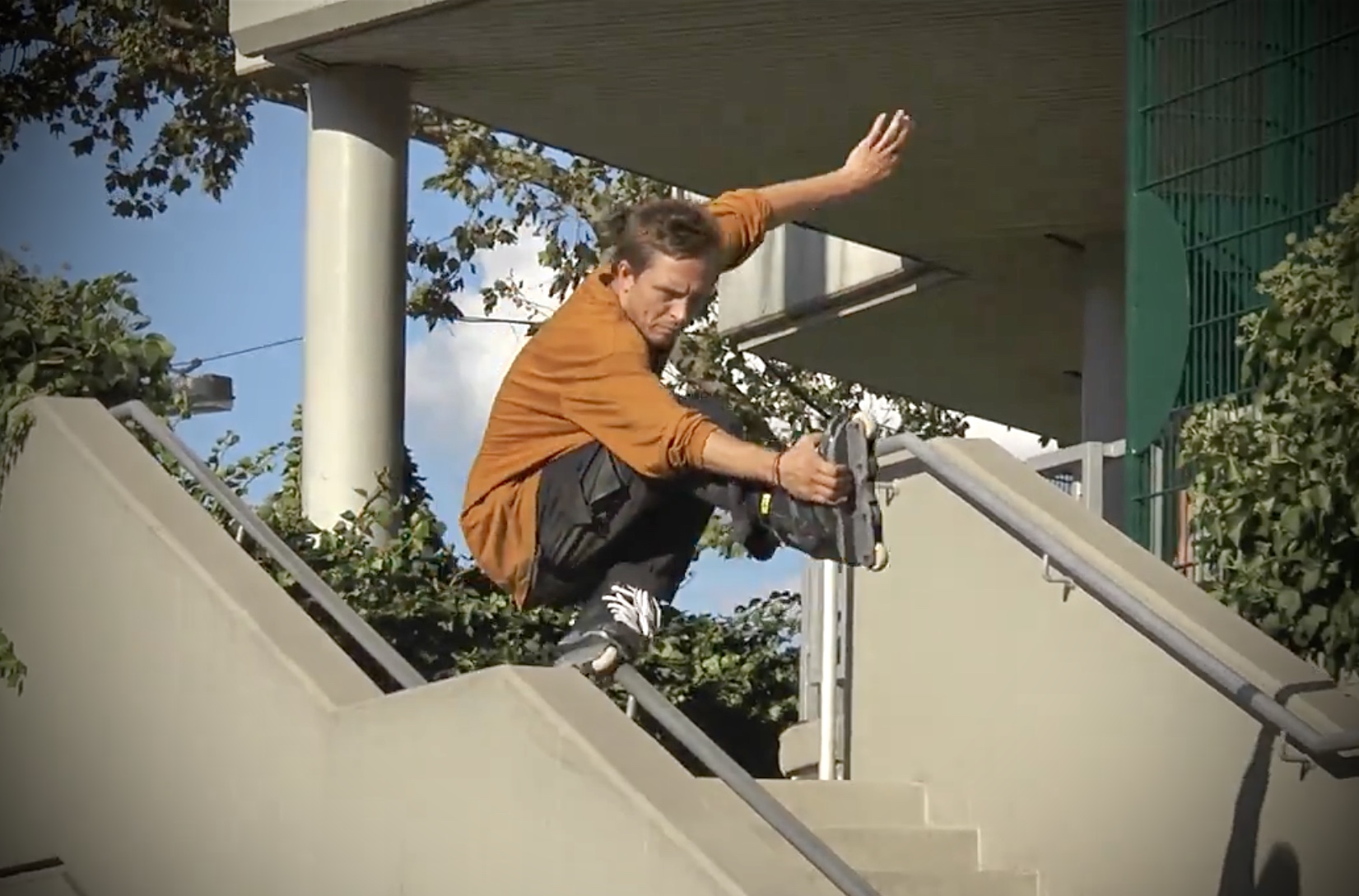 ” ‘HABIBI$’ is a brand new #rollerblading​ video picture produced by MNSTR BLADE. It is filmed & edited by Deniz Baethke in collaboration with the #mnstrblade​ crew during 2020’s on and off lockdown season in NRW, Germany. Operating from Münster (Westf.)

This season hit different. Since travels were on a halt, Jo stayed in town through the year and together with Deniz and PJ Smith they would form the spine of the project. Focusing on Jo & Smith clips in early 2020 they’d embrace session with #StarlightExpress​ TRAX Etienne Vogel to put some clout to his street name while shows were paused.

Being home Jo also could host Harry who came by in early 2020 to join crew for a week. A bit later MVG got forced out of spain when numbers were rising and joined us for a bit. As a third miniview local crewmember Julian Dittrich managed to make his street debut with his first handrail and more.

Avoiding Corona virus as much as possible while meeting up with the homies in between lockdowns the crew stayed on home ground while numbers were rising.

Thanks everybody showing up and meeting safely during these strange times. Great sessions, we hope it shows. Thanks to everybody we met on the way on or off tape. Enjoy this piece thanks for watching!

Produced by Deniz Baethke & Jo Zenk for MNSTRBLADE & the homies”