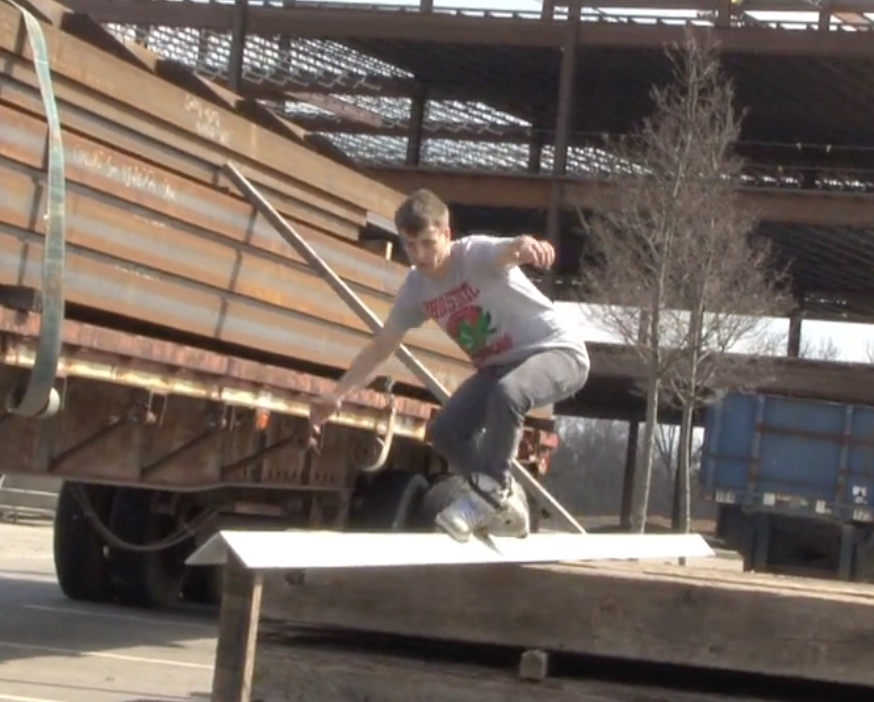 “Kyle Wood is 25 years old from Columbus Ohio. I have been filming, traveling, blading and become great friends with this guy. He is smart and is very talented at skating. I have talked to Kyle about this before randomly at times but if youre any kind of person who has filmed for as long as I have then you just wonder about amount of time spent looking through a lens and whats the most common occurrence ive caught on film? It would hands down be my homie Kyle Wood, I have sure filmed that dude do the most clips haha. We have always found creating sections and profiles was and still is such a fun hobby and also has become a pretty big part of our lives. He has been skating basically the same amount as me and has lived in the same city as me ever since we were younger and pretty much ever since I met kyle I have documented him doing some amazing tricks, laying down stunts, creative switch ups and ect. I have made probably about 10 different full videos in my life and I am about 95% sure Kyle has had a full section in every single video. I can be honest when I say in pretty much every single section most of the tricks he did for the videos he had probably never done before ever because he always was progressing. I mean if youre a fan of this dudes blading then look on my vimeo or youtube account because there is enough footage of him to watch until your computer crashes haha. This section is sweet and I have already added it to my favorites list.”