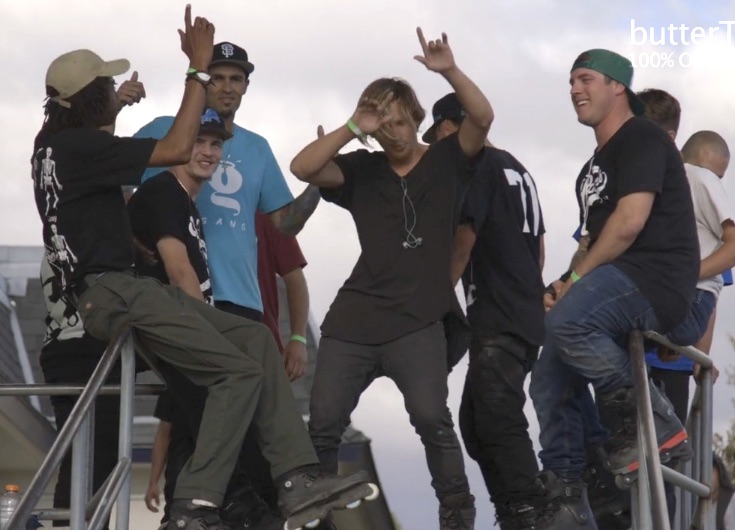 “San Jose, California – September 29, 2018. Originally I had plans to fly out west with my wife to visit Utah and when I realized the date we were flying home I planned a detour to Northern California. I missed out last year so I was pretty stoked to be there and it did not disappoint (they never do). We met up at Adelante Academy for the first spot. After four heats there was a juniors competition and the energy of the crowd for the little Arvinites was amazing (Shout out to Matt Mickey from Intuition Skateshop. Then we made our way to Morrill High School, which was a slightly curved rail with an angled approach, and lastly, the classic IMYTA spot where the final four took place many years ago. The weather was sunny and the vibe was very cool. After the comp—Walter, who I met when I first arrived, let me catch a ride out to BJ Bernhardt’s studio where the afterparty was. Beers, pizza, two skate video premieres (Bay Connection and Grombè) and good company—What more could you ask for. Shout out to Keezy, Mike, and everyone who helped organize and attended the event. The community out in NorCal is strong. Cheers to the good times!” – ButterTV