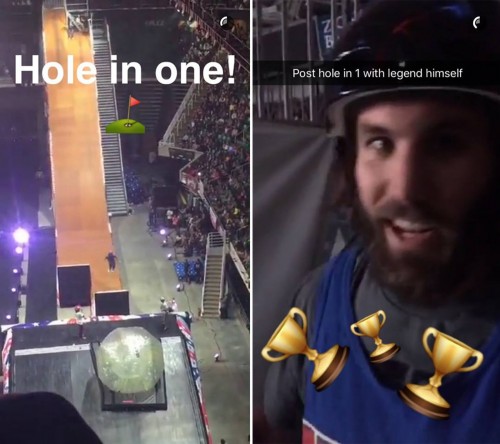 If you saw the story last Saturday (it only lasts 24 hours and it’s gone now, sry) about halfway through you may have had that feeling that our golden blader boy wasn’t going to get any love. Then, a glimmer of hope arrives in the form of this blonde babe saying that,”Chris Haffey is about to jump into a giant ball!” Then you see Chris launch into the air, land directly into an inflatable orb and the crowd goes wild. Afterwards, someone briefly interviews him about how it. It’s not a lot but considering the general public’s exposure to blading over the past few years, maybe it was enough to get a few people back inline 🙂