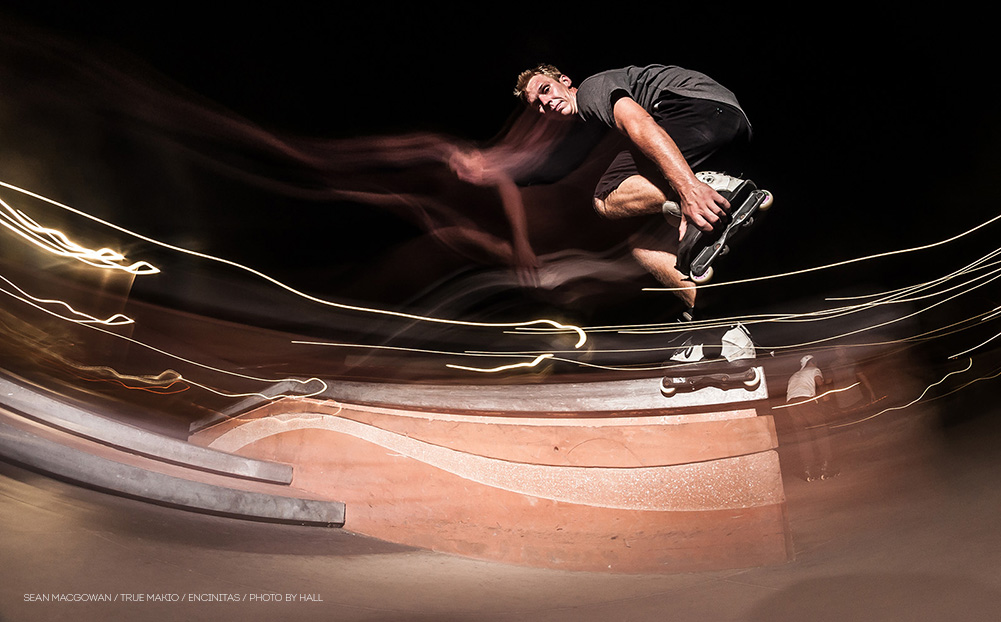 Seany Mac and the Hog House Housers with Special Guest Garrett Mitschelen got themselves a night session at the pretty-damn-awesome Encinitas Skate plaza for a couple reasons: To avoid crowds. To train for Blading Cup. And so Sean could play with his settings and continue his quest to snag the ultimate slow-shutter night blading pic. So with that setup, here’s a look at some ice-free pulling with the budsers and some funky visuals. Stay trippy, mane.

Southern California is known for its vast array of impressive outdoor skateparks. These skateparks have a lot to offer and are quite fun, but they come with a major drawback. They get extremely overcrowded and attract a tremendous amount of kids that can make it sometimes impossible to skate. If you have ever tried to skate a park when it is crowded you know that kids — and their parents — have no concept of skatepark etiquette. The majority of them pay no attention to what is going on at all. They will drop in on you, and have no problem cutting you off. Dodging kids is just a part of life at any skatepark. While dodging kids, grinding rails, and boosting quarters can be fun, it makes it quite difficult to film or get a whole lot accomplished. One of the ways we have been trying to avoid this problem is by skating these parks at night. 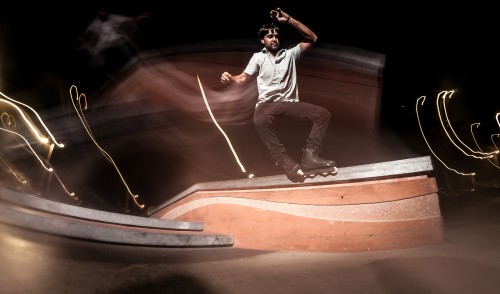 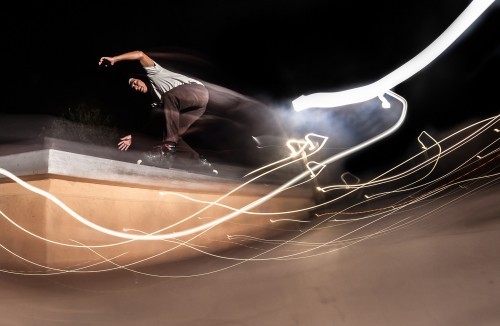 One recent evening Oliver Prado, Derek Hall, Garret Mitschelen and I decided to go on a night mission to the Encinitas Plaza to avoid the crowd, get some clips, and some trippy pics. When we arrived at the park there were still a couple of skateboarders there with their moms just hanging out on the ledges. Soon after we started to skate they saw that we were there for business and realized that they should probably get out of the way. We skated the whole park for a while, but started to gravitate towards just a couple obstacles. We skated this long straight ledge that went out over a little two set, along with an A-frame ledge that was right next to it. In preparation for Blade Cup we decided to do some CBT (Circuit Blade Training). We skated the ledges non-stop in a circle for at least twenty minutes. It was like we were little kids again trying to show off all the tricks we could do. We decided to keep the circuit going until someone crashed. After a solid twenty minutes of non-stop skating Oliver ended up being the first one to miss a trick and he (still) owes us all a beer at the J for ruining our blade train. 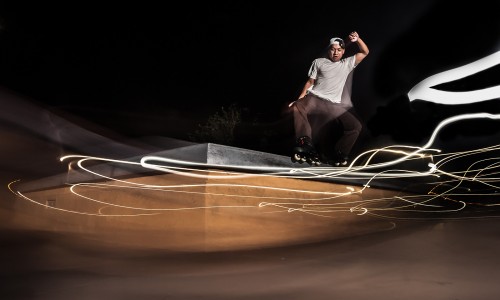 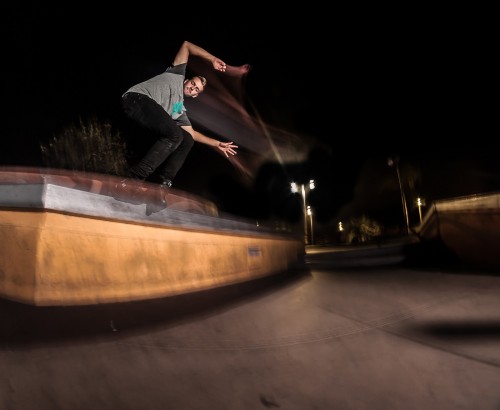 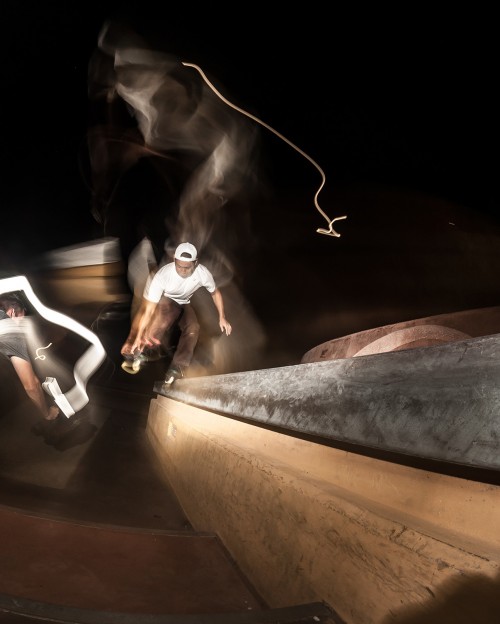 After the CBT ended I decided that it was time to take the camera out and see what we could do. I wanted to mess around in rear sync, and try things a little bit different than what I had been doing previously. From studying my previous images I started to notice that I would occasionally get streaks of ambient light that added a cool effect. Reasoning that it was caused from the movement of the camera, I decided to intentionally try it as a technique and see what types of images I could create. Moving the camera around a couple of different ways, I used a trial and error method to test out the different effects, settling on a two-second shutter. Working out the timing was difficult — it took numerous attempts and a lot of team work — but a few shots ended up turning out all right. 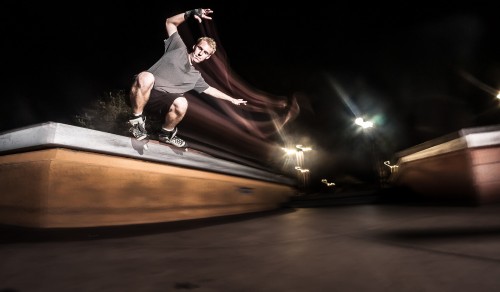 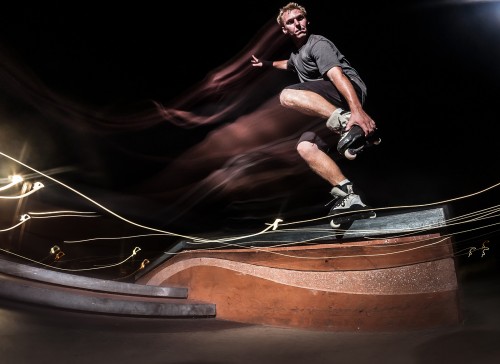 After reviewing a few of the pictures I decided that I wanted to get a couple shots of myself. I asked Derek if he would be willing the take a break, and pointed the camera at me for a couple minutes. He was up for the challenge, and listened to instruction quite well. After much more teamwork and a lot of trial and error we ended up getting a couple really cool shots, and had a great session along with it. — Sean MacGowan