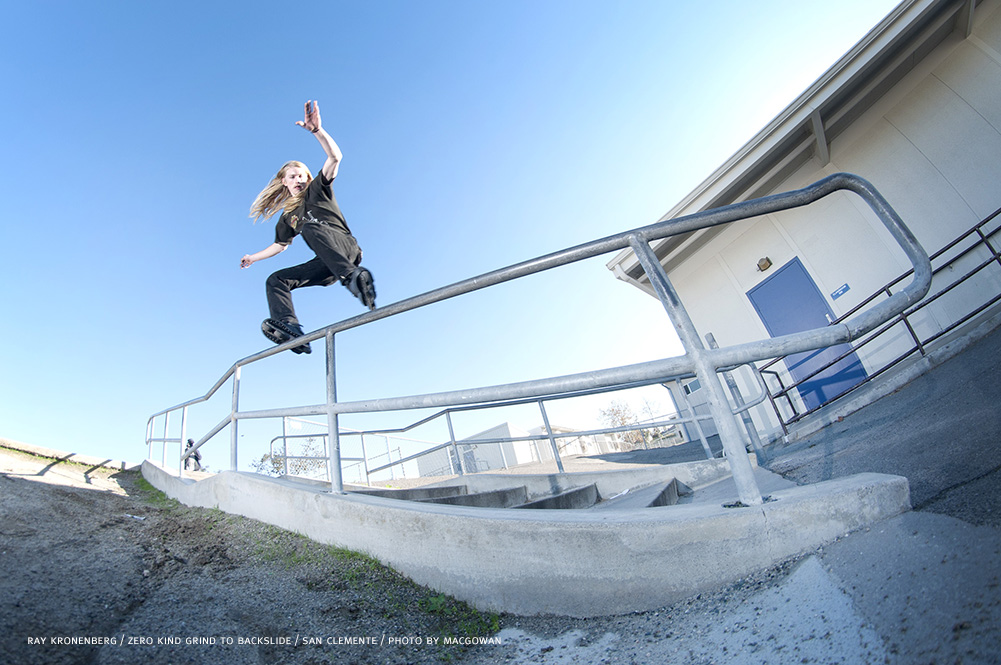 Ray Kronenberg: The Revolution is Rising

We caught up with Tennessee boy turned temporary Los Angeles transplant Ray Kronenberg a few months ago and had a fine day under the California sun logging clips and snapping photos with Sean Macgowan. Lucky for us, too, since fate put more miles between Ray and San Diego not long after. But in that short time Ray managed to land a photo for the #23 print issue and we got enough materials for this — a chance to ask one of our favorite bladers about blading, life, goals, and the benefits of being around family. Now enjoy this conversation with one of blading’s most recognizable emerging personalities. This is the Rum Wizard.

Hey Ray, last time we saw you was in the San Clemente area, but now you’re back in Tennessee. How long were you out in LA for?
Hey guys! Yeah, the lady and I recently moved back to Chattanooga, but we were out in LA for a wild 10 months, haha. Annie got some gnarly stomach ulcers and was sick for a few months so we came back, but we’ll be back out to visit soon!

What’d you think of it? Was it a lot different than where you grew up and spend most of your time?
Yes, for sure. I was actually born in LA and have visited a few times so I knew what I was getting into for the most part. I really liked living out there, I just wish I could have brought all the skate homies from down South out there with me too. 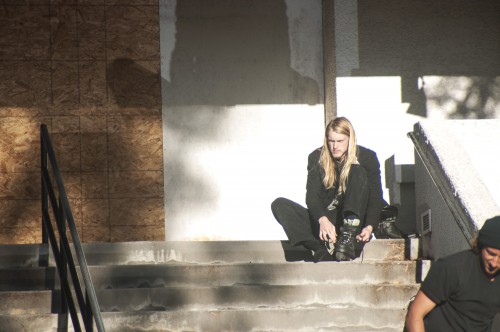 When you got back home, what was the first thing you did to signify “I’m home”?
Honestly spent time with my family mostly, and since my lady was sick we didn’t do a whole lot for the first month we got back. Probably blasting my bass with my old band Powers in our new house, since I couldn’t do that in the tiny LA apartments.

Was it hard getting acclimated to a new city while you were out here?
It wasn’t too bad. The hardest thing was finding a job in the beginning because of the price of living difference from back home, but we already had a good amount of homies out there to show us around.

How was the blade scene different (or the same!) from what you were used to?
Absolutely more people coming through the area. I skated about the same amount though, but there were certain times when I found myself in places and with people that I have always wanted skate and to be skating with, you know? Those iconic places and those true homie moments you see in videos and say, “I wish I were there for that day.”

On that note, tell us some about the TN scene and the personalities that make it special.
Going out skating with all the boys from Tennessee is like hanging out and fucking around with your best friends and also just skating to have a great time. I mean we do hammers and shit, but ultimately we are just trying to have fun with our friends. My best friend Taylor Popham runs this sick instagram called @ripsfromdacrypt that really shows our personalities and some good times, and then a collection of my friends run @DemTennesseeBoys who also put out some sweet content from all over Tennessee if you guys wanna check out the scene.

I’m not sure you want to talk about it, but you had an arguably pretty cool gig while you were here. If you wanna tell people about it might as well. 😉
Haha, yeah it’s cool man! I worked for a hash oil company and learned how to grow weed and shit. I’m not gonna name any names, but I also worked with some true skate homies that made the experience worthwhile.

So tell us, is there a new #CultRevolution brewing?
I mean there are a shitload of people skating the skates! They are still, to this day, my favorite skate and it felt really good to put out the release edit for a skate I first got when I was 7 years old. Everyone should be on that #CultRevolution.

There’s a new Cult team though, right? Can you tell everyone who’s on the squad and what the goals are for everyone?
There has been talk of some up and coming things but I don’t wanna spill the beans. 🙂

What’s the setup you’re skating on right now? What do you like about it? What would you improved or change?
Right now I’m skating on the white Cults with all black soul plates, Kaltik frames (shoutout to Oak City and Long for encouraging me to try these and hooking it up, they are super sick), and then Haunted Wheel Co wheels — Cody Lampman 59mm/91A wheels, to be specific.

I am still on the hunt for the perfect flat frame, I don’t think one exists for the wheel size I like to ride, but riding 59s flat is exxxtra hesh and 91 is too crucial for street skating and I am not willing to compromise either. Them fuckers do not chunk, haha.

On the sly, I still have the prototype white Cult skates in my garage that Geoff sent me for the release edit. They have a special cuff and logos with the Formula 1 XS frames that I am pretty stoked about (even though I had to dremel the frames out to fit the wheel size I want). And I may or may not have a pair of Vicious liners coming my way in the future ;). Pretending your setup is extra rare is always fun. 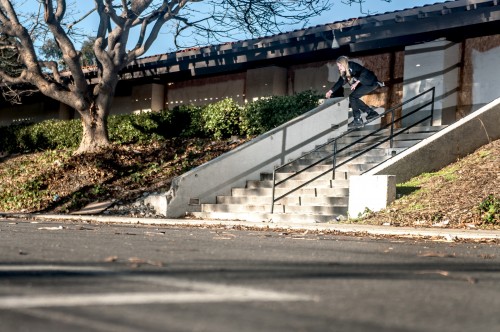 Back when you were a lil ripper, what was your favorite piece of blade gear that you owned? What happened to it?
My gray MindGame hat and the fucking Wolf Kaspa shirt. As a young ripper the MindGame hat (that has been lost for ages) and also this like navy blue and yellow Senate jacket that I wore everywhere. Later on the wolf/Play Dead Kaspa shirt (courtesy of Gumby) has been my lucky skate shirt forever and is in tatters now, but my lady Annie surprised me two years ago with like eight brand new Kaspa and 4×4 shirts she got somehow. OH, and this siiiick red tuxedo shirt with the LowLife zombie ripping its face off that Gumby gave me, too. Dude, I have way too many haha.

Who were the first pro bladers that you saw skate in person?
Were the Raser brothers pro? If so, then them. They were sick as fuck, by the way. I ate a cheeseburger with them at Varsity in Atlanta once… hahaha.

Otherwise, Shima and the rest of the Razors team from around 2000. I was like 7 and thought all day about a question I wanted to ask him, and then I fucking asked him how many handrails he had grinded. He laughed super hard and said, “I don’t know, a lot?” Good times. 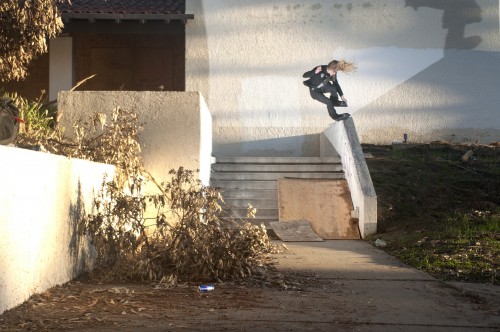 How about the first video you saw? Or the first event you went to?
Honestly these questions are hard for me because I was just so young. I know it wasn’t the first, but VG16 East Coast Volume 1. I owned that one and straight up studied it and Murda’s part.

As far as events go, I went to so many as a kid in the South East that I couldn’t even guess. I went to Woodward East when I was 7, though, and that was extra sick. I learned how to kind grind on that kinked ledge and was fuckin’ stoked.

What about the next event you’ll be at or where people should expect to see you again?
A-Town Stomp for sure!

Any big projects you’ve got in the works?
Mike Buckalew has been holding onto this damn video, called 8Down. He may or may not put it out. At one point I had an 8 minute part— if he will finish editing it! (I love you, Mike.) 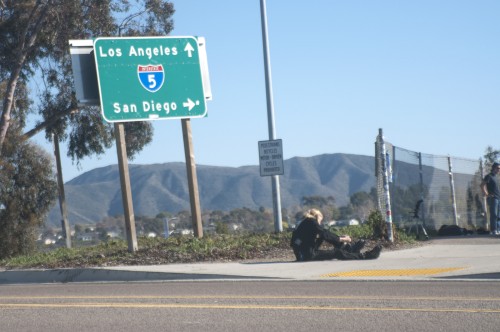 #CultTour sometime in 2017?
Somebody fund it and we will fuckin’ ride! It has been talked about with Razors for sure, but nothing set in stone.

Anything else we should talk about, or that you want to cover? If not, hit them thank yous!
Thanks to Matt Oz and Haunted Wheel Co for straight always having my back and not only making the tightest wheels around, but also being a rad homie to drink some beers with at the bar.

Thanks to Razors and Geoff Acers for suuure for the constant supply of my favorite skate and what feels like endless t-shirts and hoodies hahaha.

I’d REALLY like to thank Bali Shag and Colorado Koolaid for that fuel.

Thanks to all my TN boys for being the boys.

And most importantly thanks to my lady, Annie, for being the best skate girlfriend there is, being the most supportive, a skate mom to the homies, and just being fucking down with the lifestyle. I couldn’t ask for more.

Much love to you all out on West Coast for asking me to do this — you guys gotta place down South to stay with me whenever!

RK is the future! Thanks