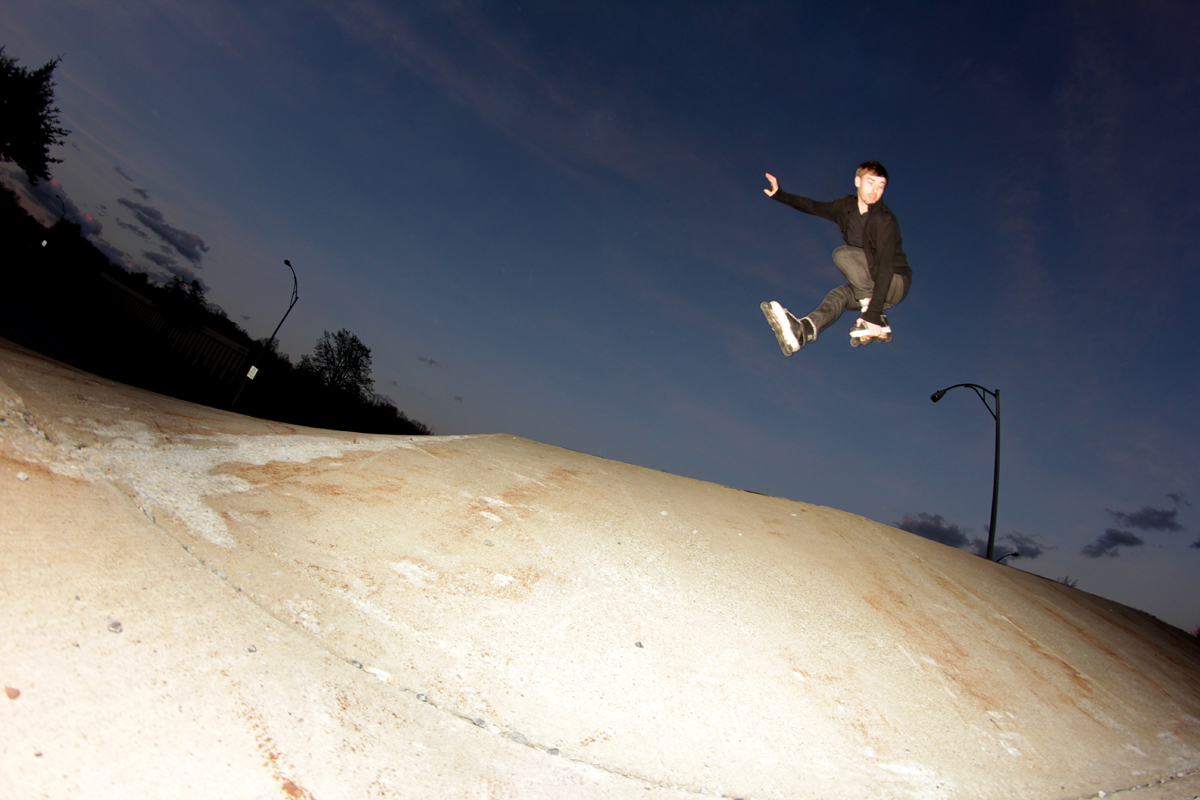 I thought I was going to be able to take a nap tonight, instead, Travis and Jimmy conned me into going out to shoot some pics at Bobby V. Bank, a local bank spot in Bedford Heights. We have been going to this spot for a long time and rumor has it some guy named Bobby V. owns the property, so he gets his credit where deserved I guess. The sun was just setting as we pulled into the lot so we had to act fast, only skated for about 25 minutes. I’m more of a videographer than a photographer, but I like to try. Here are my two best shots from the sesh. 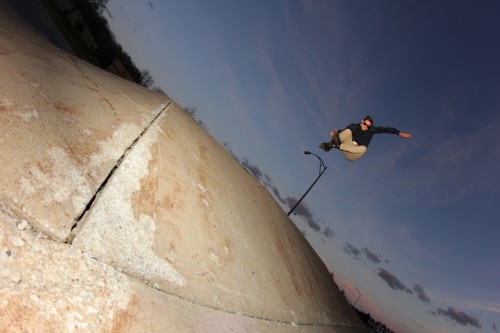 Travis Rhodes, That Grab 360 over Hip

Spetz, Rhodes, and Gags are never not working.

What country is Bedford Heights in?

Did you mean “county”? Because Bedford, like Cleveland, is in Uh-merika.

Naw, I meant country. Not everybody knows Mike is from the CLE OH US.