Do you know what this is? Some of you younger guys may not, while old dudes remember tearing the shit of them. Well, it’s actually a wrench that came with the Rollerblade brand skates sometime around 1989-1992. The tool was the wrench that fit on the nut of the axle bolt, which was used along with an allen key to remove your wheels. At the time, bladers from all over the country were making their own homemade grindstones and grindplates. Simultaneously starting to do Makios (before it was called that), frontsides and backsides. Though we will never know the first blaer to grind, the first guy to do it on a video produced for sale was CE Tarmac — or my brother from another mother, Chris Edwards. You had to either ride freestyle (no wheels in the middle) or have grindstones or grindplates in the middle space if you wanted to grind. Either way, you had to protect your frames to add longevity to your blades. The wrench fit perfectly between the bolts of the two middle wheels, creating the first grindplate.

An invention born out of necessity, grindplates had arguably the greatest impact on rollerblading since blades first hit the market. These little metal pieces changed the path and direction of rollerblading, and enabled us to do what we all love to do today — GRIND!

Next came the after-market grindplate companies: CDS Detroit, Scribe, Fifty-50 and (my company) 4-DUB. The grindplate had a nice run but was later phased out by the frames all bladers ride today.  Grindplates are now gone, but not forgotten by old dudes everywhere, reminding us of a different time… A time when rocking grindplates separated you from the average rec rollerblader and said “I’m a part of something new!”

Thanks for reading, to see more blade history items check out my blade museum on Facebook. 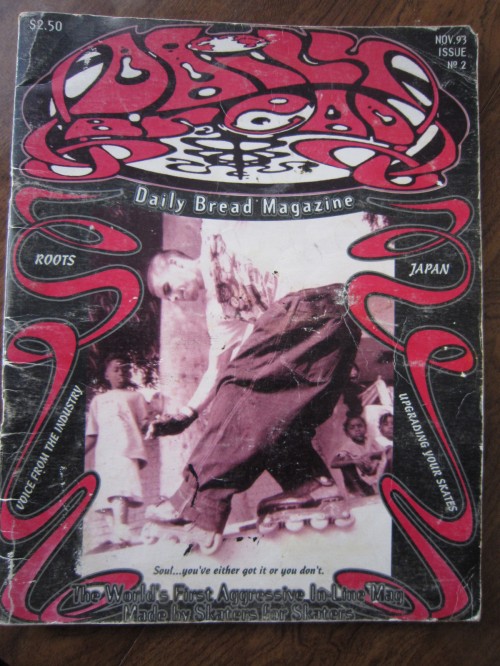 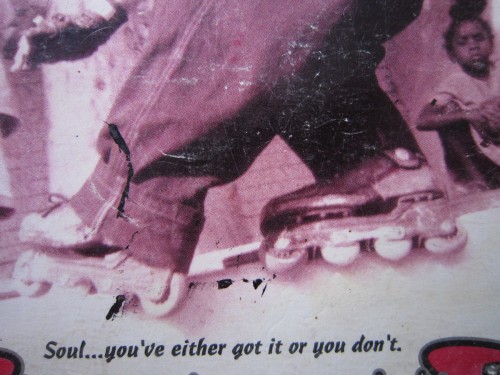 Detail shot of grindplate in use. 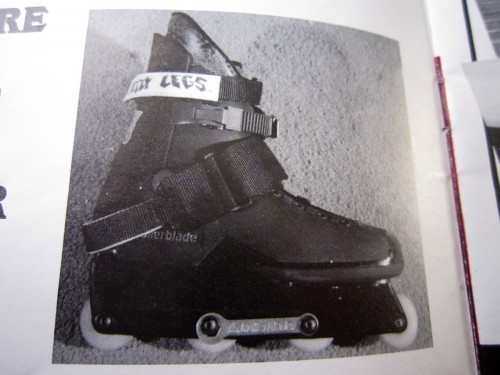 Pic from Daily Bread issue #2 of wrench before use. 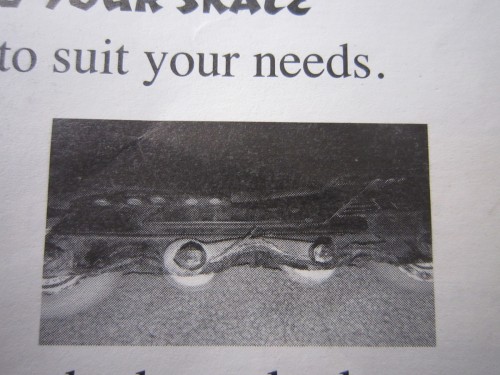 we used to get creative on grindplates, i’ve had some jacked up ones.