Second Place: The ADA and Rollerblading

You have probably never heard of him before, but I’m here to tell you that American rollerbladers owe a great deal to an old man named Tom Harkin. In a way, rollerbladers everywhere owe something to Mr. Harkin, because he did something very important for us.

Here’s a picture of him: 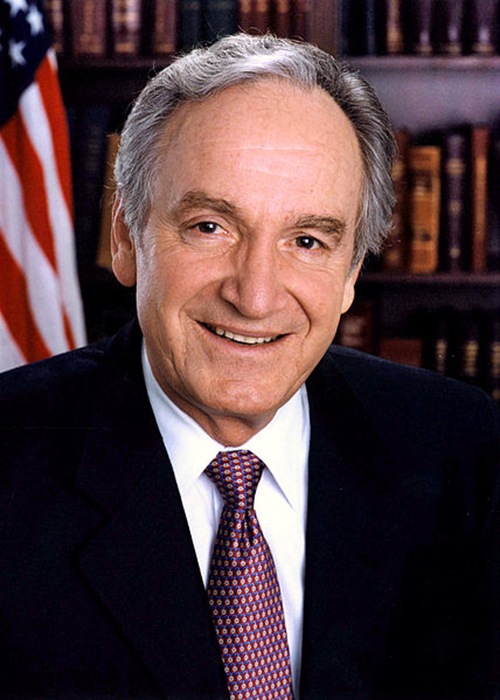 Mr. Harkin is a senator from the state of Iowa—not a big rollerblading state (my apologies to Iowa rollerbladers—I hope y’all are hangin’ on). Currently, he is the chairman of the Senate Committee on Health, Education, Labor and Pensions—which is a pretty big deal.

Before he was elected to the US Senate, he served several terms in the House of Representatives.

That’s when he did us all such a huge favor.

On May 9th 1989, right around the time when Chris Edwards and a few others were first starting to make things interesting with rollerblading, Mr. Harkin introduced a bill to the floor of the House of Representatives.

That bill went through the normal vetting process, was voted unanimously out of committee, and then became law after George H. W. Bush signed it on July 26th, 1990. Upon approval, it became known as the Americans with Disabilities Act.

(There were a few groups who opposed it, but I’m not going to get into that. If you want to read about ADA opponents, click here).

That act works essentially the same way as the Civil Rights Act of 1964, which requires citizens, companies, churches, and other organizations to do certain things to avoid certain kinds of discrimination. With the Civil Rights Act, Americans could no longer discriminate on the basis of race, class, gender, national origin, or religion. It also got rid of those awful Jim Crow laws that required shit like separate drinking fountains for our African American brothers and sisters. 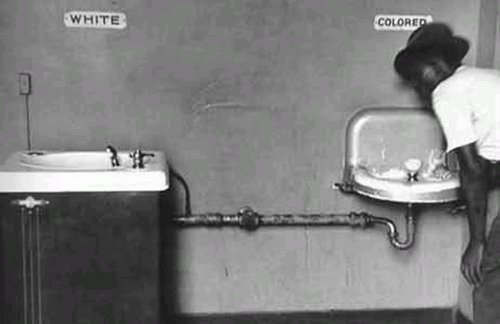 Anyway, the Americans with Disabilities Act (ADA hereafter) required that no public venue be allowed to discriminate against people with disabilities.

Specifically, that means that every place of business, church, and public area must accommodate people with disabilities.

Right now, the ADA requires every staircase in the country to have handrails. It also specifies exactly what those rails must accomplish, how they can be designed, and what they have to look like.

If you have a shitload of time on your hands, here’s a link to the entire document:

Great article, Frank. Iowa bladers are doing very well. Check out our website (www.iowa-connection.com). It’s been around for over ten years.

But again, great piece. I really enjoy your insights.

Hey Bruce! Man, my apologies to Iowa bladers. I had no idea yall had such a thriving scene. Thanks for the correction and thanks for sharing the website. Those Davenport skate comps look like a lot of fun!

Be sure to thank your senator the next time you’re in touch with him! We are all very grateful for his hard work!

And we are thankful for your hard work as hell. I’m looking forward to your next piece. Thank you.

Correction: And we are thankful for your hard work as well.

Just a Nod to Mr. Harkin! – Also side note – I know several rollerbladers who are employed as design/welders at steel companies and are responsible for some great rails in the Norther VA area – if you see a great spot someone may have been looking out for more than just the disabled!

Thanks so much for taking the time to read this article and thanks so much for sharing this! You raise an excellent point, and it’s one that I’ve often wondered about: just how many people might we have “on the inside” looking out for us in one way or another? Some spots I’ve seen I have thought to myself must’ve had a skater contributing to design/planning/building or some other aspect that makes them (the spots) seem particularly well-tailored to our preferences.

If any of those rollerbladers would be interested in contacting me, I’d LOVE to hear from them to learn more about what they’re doing for us and HOW they’re going about it. My contact info is available on my main Blade Blog site here at ONE over at http://www.oneblademag.com/blogs/author/frank-stoner/

Great article Frank.
The bullet about the slope of stairs immediately caught my attention as my inner engineer immediately converted those slope ratios to angles. The ratio limits between 1:16 and 1:20 can be read as Rise:Run, or dy:dx. Those are very small angles, 2.9-3.6 degrees.
The link given for the full ADA text given is now broken, but this is a good site:
http://www.ada-compliance.com/ada-compliance/ada-ramp
It turns out those slopes are for ramps not stairs.
This begs the question what are the slope requirements for stairs? With a quick search I couldn’t find any. Which makes sense; the disabled don’t care about the stairs much, they’ll use the ramps or elevators.

The article makes that case that the 1990 ADA act was a great thing for rollerblading. At first I was totally on board with this but after some pondering and comparing my mental catalog of the best rails against the ADA standards I think I disagree. I think some of the very best rails were designed and built before 1990 and grandfathered in. I doubt the ADA act was completely retroactive for stair rails, it’s most relevant for new stair rail construction and requiring that ramps be built everywhere. I concur that the ADA act has created more rails, and made them decently skate-able. However, its ruled out the possibility for the really fun, session-able rails sometimes under 34″ height as well as the really fun, unique rails that make for great photos and clips. If you assume this to be true than its bad news for the future of American rollerblading. It means that the best rails will continue to slowly die off and be replaced with standardized, mediocre ADA compliant rails as time progresses. An interesting study and extension of this article would be to determine the ratio of ADA complaint to non ADA compliant rails that occur in a given magazine or video.

For the record, I think the ADA is overall a great thing for Americans as a whole, just maybe not so great for American bladers.

Thanks for weighing in on this! I’m always glad to have somebody from another discipline look over my shoulder with these things! I wish I could have had you look this over when I wrote it last year!

To address your question, I found a document that appears to be a 2008 revision of the ADA—though I’m not sure whether the part that addresses your question was part of the original 1990 text or part of the revision. Either way, the relevant quotation is this:

I had to ask around for some basic geometry help since it’s been like 15 years since I had to figure out a sin, cos, or tan problem, but it seems to me that a maximum riser height of 7 inches and minimum tread length of 11 inches would produce a rail angle of about 32.47 degrees for a maximum (or steepest) slope permissible. Does that math bear out for you?

As for the rest, we might have to respectfully disagree on the ADA being generally bad for rollerblading. The law effectively mandates that all rails be built so that they are skatable. Sure most rails won’t be lower than 34 inches, but to me the height is a small price to pay for universal skatability. Also, as I think I may have said in the article, the ADA requires railings to be on both sides of the staircase—which I take to be a real luxury—and, the ADA effectively mandates kinked rails.

I can see that codifying the whole thing causes certain limitations, for instance, staircases have to be at least 48 inches wide (which henceforth eliminates the possibility of close transfer rails), but again, I take that as a small price to pay for universal skatability.

One thing I would completely agree with you about is your intuition that the ADA was not retroactive. As far as I can tell, there were still TONS of rails that didn’t meet compliance in the mid 90s, and many of them are still out there today.

One thing that might be worth looking into is what the builders call a “variance.” There’s a new elementary school in Austin (where I live) where they just built a brand new rail leading to the playground. The rail itself couldn’t be more than about 20 inches high because, presumably, it has been built to accommodate children—perhaps even disabled or special needs children. It makes me wonder whether schools, businesses, churches, etc. can apply for a variance that would let me them build those lower rails you were talking about. I’ll see what I can find out and I’ll post if there’s anything interesting to report.

Thanks again for reading and commenting. Hit me up on FB if you ever want to get in touch!