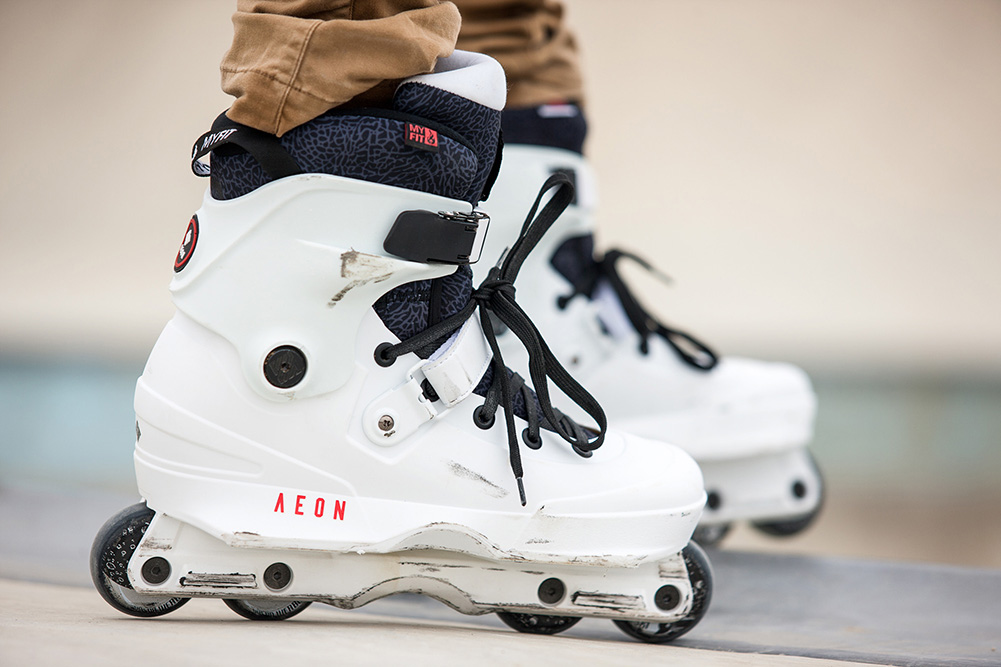 Few new blade products have been as controversial or scrutinized as the USD Aeon. Featuring a monocoque design that turns the frame, soul plate and boot into one piece — fans champion what they consider a revolutionary step forward in performance; critics warn of abandoning UFS and the interchangeability it allows. Time will tell what becomes of this new entry into the arsenal available to today’s blader, but the spiritual successor to the highly-vaunted Throne is in stores (or sold out). Following up on our previous conversation with Powerslide designer Kenneth Dedeu, we got to know more about the final stages of bringing this unique vision to market. The is the story of making the USD Aeon.

Kenneth, so the Aeons are hitting stores. Sweet! How’s it feel to finally have them out in the wild?
Really exciting actually! The feedback is great and everyone seems very interested in getting a pair. I heard the first batch we received for Xmas is out of stock already. But don’t worry, more skates are arriving in February.

The first time we spoke about the project there was a pretty tremendous response. How was interest leading up to the release? Did you get a bunch of shit for saying the Throne was on its way out?
Just a little hahaha — I guess some people didn’t read the whole interview and assumed the reason we stopped the classic Throne was because of the release of the Aeons and started to talk shit about them even before the release. The truth is the Aeon has nothing to do with the Thrones and never mean to be a replacement for it.

But most of the feedback was positive for sure, much better than we expected, and I feel, thanks to the article, many people understood the unibody concept better and why we made the Aeon this way. 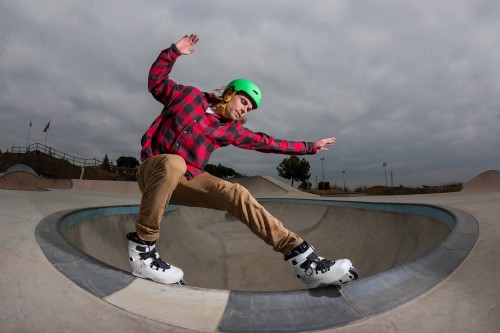 How many products have you launched for USD? Dozens? Hundreds? Was this process any different from the others?
To be honest I am not sure. Last time I counted it was more than a hundred skates, and I don’t know how many clothes, wheels, liners, bags, etc.

Every product is different. When I started it was only about changing colors, then adding some prints here and there — following what others wanted. But slowly I got into product development, like helping out with liners, ideas for molds, bringing in new styles, etc. My first design for a plastic piece was the Carbon soul plate in collaboration with Marian Sorge — and it came out pretty well! So I’ve done a few more things since, like the Sway soul plate for example. But the Aeon was a whole different thing, from the concept, to the name, to the logo, to every detail of the boot, working over the lasting shape with different thicknesses of material, thinking about the way the plastic flows through the mould… I was lucky to collaborate with such a great team of 3D designers and mold experts, especially Rene Findeisen who was a vital part of the Aeon project!

I heard some talk about a few design changes that made their way into the final skates. So let’s talk about the final stages of R&D prior to shipping — how did it go? Were there any unforeseen changes since the last time we spoke?
Yes, we had to change some things, then order samples and do more testing and finally order samples in all sizes to test that everything was working well for each size. The thing is, when we started to test the unibody shells our concern (same as everyone else’s) was making sure the frame wouldn’t break — because you can’t replace it. But what we learned is the shell/soul/frame piece was super strong and lasted even longer than regular skates with replaceable frames. Nick had the same pair of Aeon’s for over a year of traveling to contests and skating street almost every day with a lot of abuse, and they were holding amazingly well. The problem then became that other parts of the skate started to fall apart. So we had to add more material in some areas, we made the toe higher to have more room for the toes and also placed the mounting of the cuff slightly higher, so that meant changing the tops of the mold, as well as order new samples, try different materials, test again… and on and on. The biggest changes were made were in the h-block of the 72mm model, and these were for the better for sure. Shifting things to avoid wheel bite more effectively than before.

So yes, quite a few changes that delayed the release from May up to December, but we are really happy with the final product. I can tell you no skates last forever, any skate will break eventually, but with the Aeons now you are more likely to be changing the liners and cuffs before you have to replace the shells!

Have you guys started up the 3×125 Aeon mold yet? Had you guys even started making the three-wheel 125mm frame before the Aeon development started? Seems like you guys have two innovative initiatives underway!
125mm Aeons? Not for now, hahaha! But we are working on new stuff of course, but it will take time so I’d better not unveil anything yet.

The 3 wheels thing started long before the Aeon and I must give all the credit to Matthias who is the one who started and believed in it. The funny thing is, we were having this meeting about urban skating because I’d tested a prototype of a 3 wheel frame for the first time and it was in this very same meeting when the concept of the Aeon came up! But I admit I like 3 wheels. Since I’ve tried them I’ve fallen in love with them and that is one of the reasons I am now more involved working in the Freeskate section of Powerslide too.

At the moment I have over seven different skate setups I regularly use and only the Aeons are not 3 wheel skates.

So what did the pricing end up at?
Both models are around 240€, 168£… $260. This is more than we planned in first place, but because of the poor € value, the unreasonable increase of some costs in China and other unexpected factors, the skates were pricier than we expected. But if we hadn’t make the Aeon the way it is, it would have been even more expensive — and being a new and such a unique skate, I believe the price is still pretty fair. 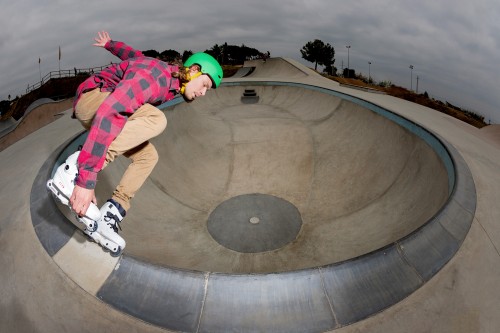 Anything else to add before we let you get back to the business of blading?
I just want to thank you, JE, and ONEblademag for giving us another opportunity to talk about the Aeons and a big THANK YOU to everyone who voted for USD in the ONE BLADE AWARDS. I feel very lucky to be part of USD, from the pro team to the designers, distributors, the people working at the office… everyone contributed to make 2015 such a great year, and the AEON being chosen product of the year was just icing on the cake from a personal point of view. But of course, more than any award, the best thing is to see all these people around the world skating the Aeons and enjoying them, that’s when all the hard work pays off.

Okay well cool man, thanks as always for taking the time to talk with us. And we can’t wait to finally try these guys out. Ciao!