How important are trick names? Depending on who you ask, you’re bound to get a range of answers from “who cares” to “I’ll fight you over wrong terminology.” And to be fair, this debate has raged within our community since long before many of you laced up boots for the first time, meaning there’s probably little chance of ever clarifying every detail or getting everyone on the same page. But that doesn’t mean we shouldn’t try! Recently Alan Hughes decided we needed to dig into trick names and blade history in a more serious way, and his first mission was to find out how in the heck “alley-oop” moved from a trick on the vert ramp to part of street grinding vernacular. Read on to see how OG legends like Cesar Mora and Arlo Eisenberg remember how “alley-oop” took root in the streets.

Last year while working on an article about trick terminology, President Julio declined to comment on the claims made by Nick Riggle and Azikiwee Anderson that he invented the term “savannah.” He’s a smart man. He doesn’t want to get dragged into our crazy arguments. He still hasn’t responded, but as you may have already seen, he was recently put on the spot during a live stream of the Jump Street Podcast and reluctantly said that he uses the term “alley-oop unity” for what some would refer to as “frontside savannah.”

Old school bladers around the world rejoiced and new schoolers rioted in the streets. Okay, not really, but never in our history have so many rollerbladers so politely expressed their strong disapproval. We didn’t want to dance on anyone’s grave, especially fellow bladers, so we reached out to front-sav’ers on Facebook, wanting to understand more about where they’re coming from.

We basically assumed everyone would select the “angry emoji” as that seems to be the most common claim during these arguments, that you “can’t alley-oop frame grinds.” So it was very surprising when literally only eight people selected this option. 39% said they didn’t think the terms can or should be used for frame grinds, but isn’t the reason why they say “front sav.” While the majority 53% said they didn’t even have a problem with these terms being used for frame grinds. We were officially more confused than before we started.

But this got us thinking about our strange history with the term “alley-oop” itself. Is there any precedent or any reason why you couldn’t alley-oop groove tricks? How did the term even shift from a type of air on vert to type of grind on street? We hit up vert legend, X-Games champion, first blader to ever land a 1080, first blader to ever land a 1260, and all around rad dude, Cesar Mora, to tell us a bit more about the term’s history.

“Alley-oop grinds were labeled after airs. I first heard of it when I started skating late 1993. If you turn to your left and land a few panels to the left, that’s called a carve. But if you turn left and float right, almost like turning the air inside out, it’s called alley-oop. It’s actually harder than carving because you lose sight of the ramp and almost feel like you’re traveling backwards, but it feels really good. With spins it’s harder to do than carving or airing straight up and down, because it’s blind and can make the landing harder due to the angle. If you’re landing a spin forward it can throw you off at an angle that sends you off the side of the ramp. If you’re landing a spin backwards it can make you slide out if your feet aren’t perfectly in line.”

Digging into old an Daily Bread, issue #22 attempted to breakdown the existing terminology of the time, explaining alley-oop in similar terms, “Forward spinning more than 90 degrees into the trick.” And for true spin, “Forward spinning more than 90 degrees away from the trick.” Though here “the trick” obviously refers to the grind, while on vert “the trick” was the air or spin itself. 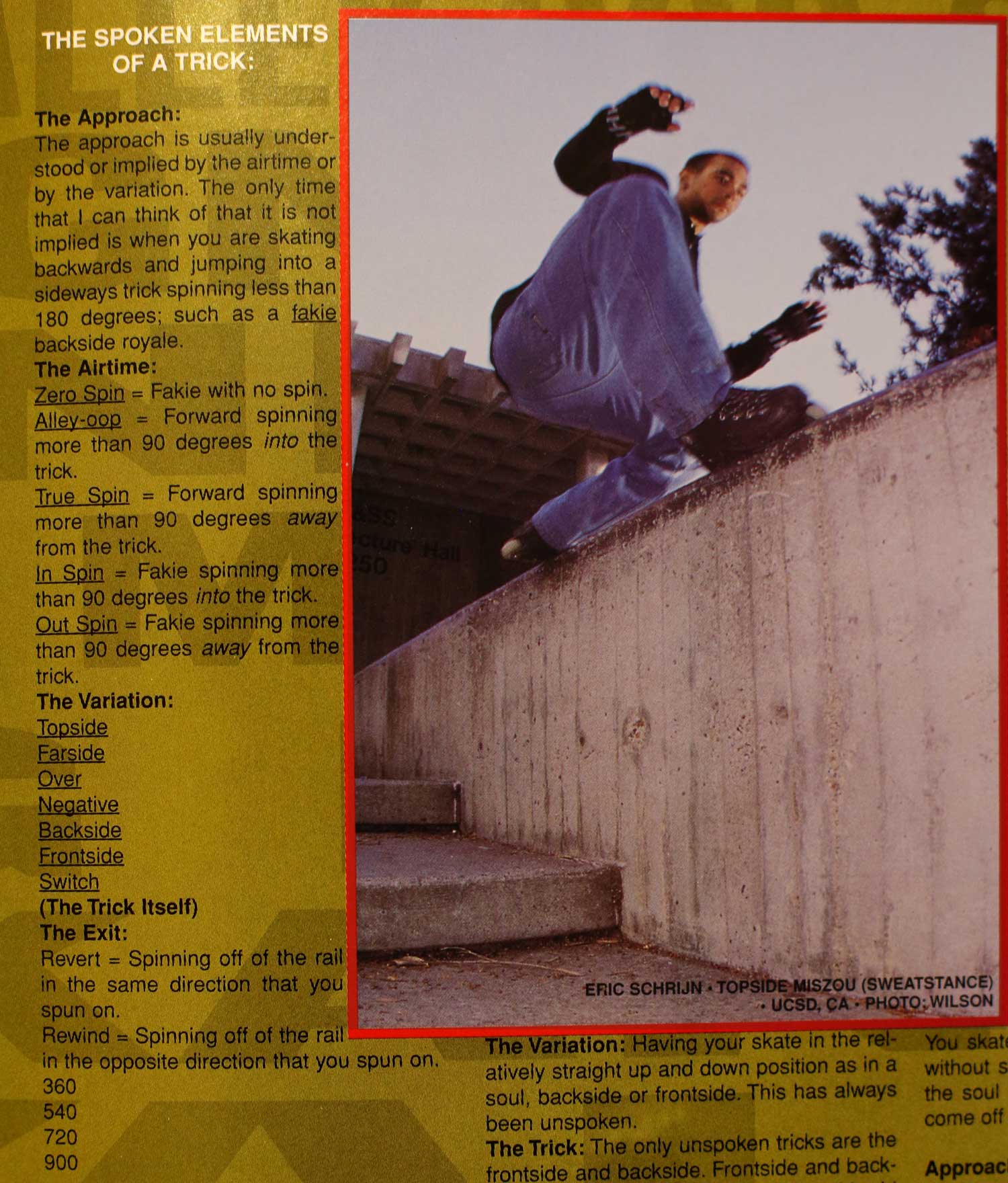 They even broke down what they labeled “360 Alley-oop Royale” and “360 True spin Royale” where the alley-oop and true spin were applied to the spins. 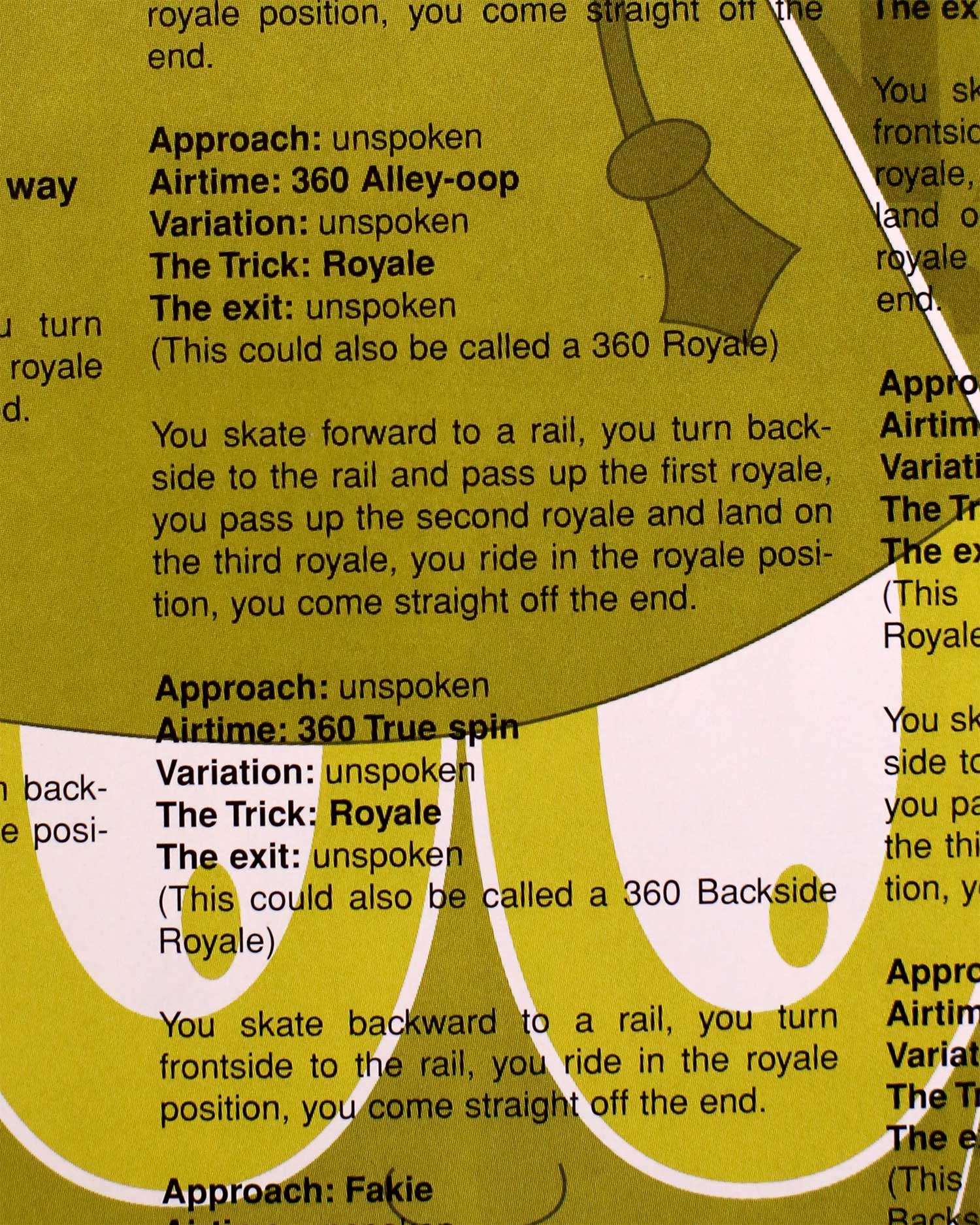 And the often criticized “Sixty Tricks” had a similar definition. 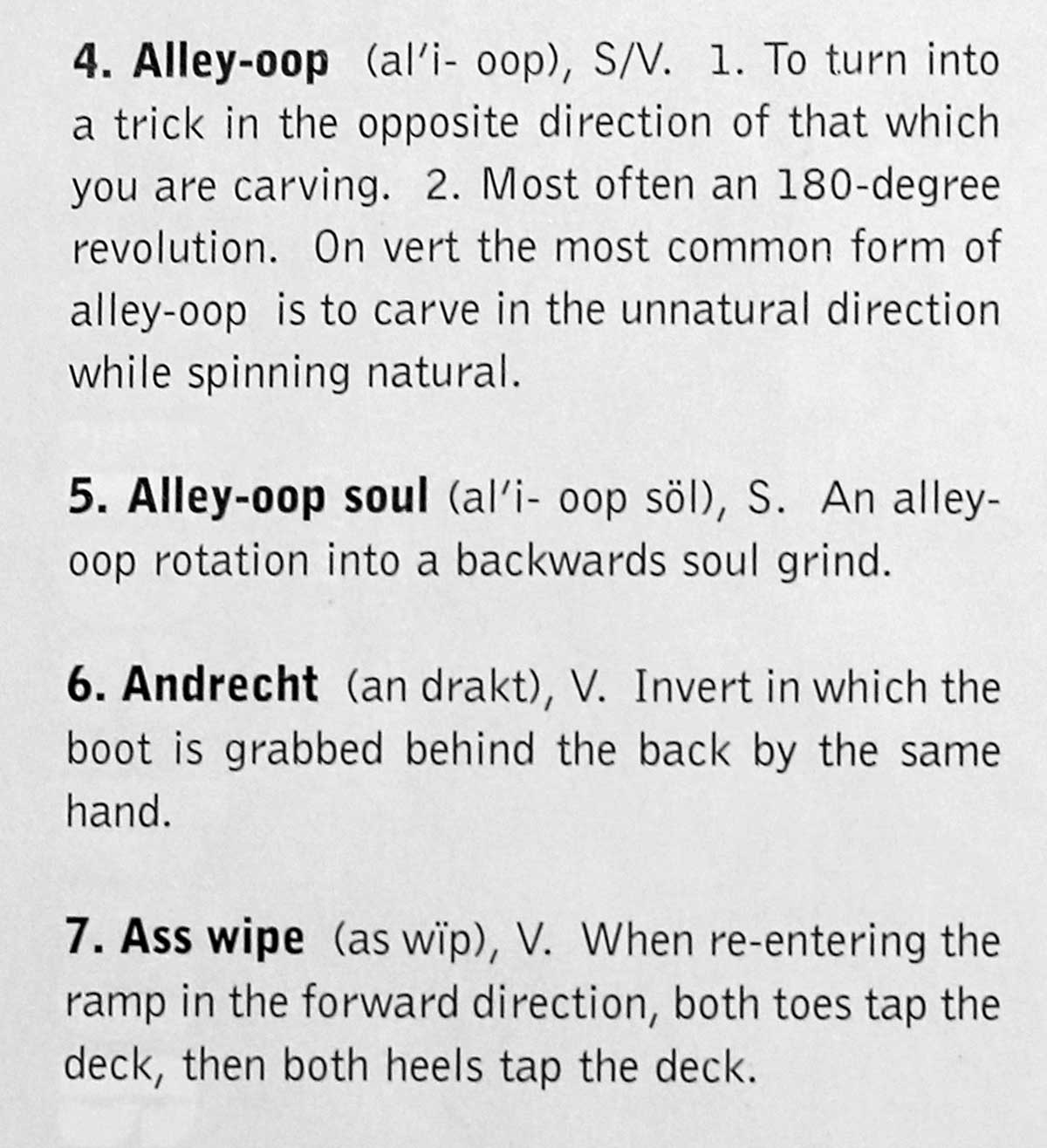 Cesar also told us he thought the term may have been borrowed from skateboarders, who themselves borrowed it from surfers. One quick Google search and sure enough, not only do they use the term, they also have their own wacky arguments over the right or wrong way to use it. So I guess we shouldn’t feel too bad about how much rollerbladers argue, it’s natural when it comes to things you’re passionate about. 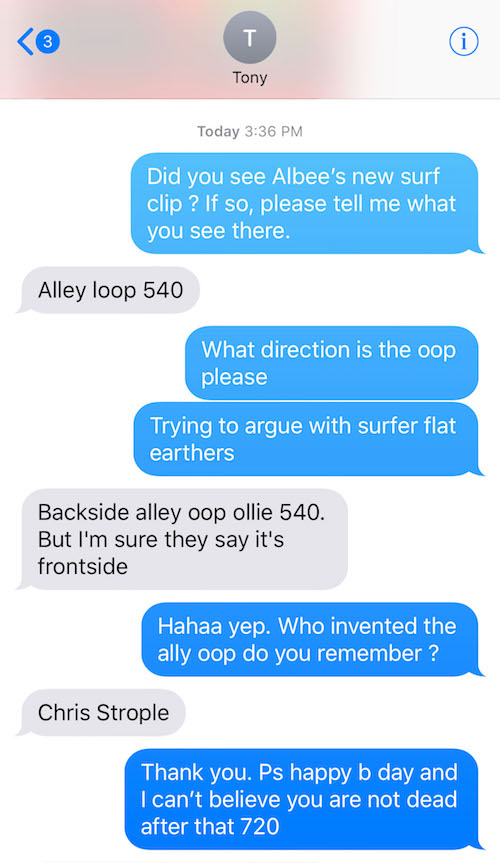 So that answered our question of where the term came from, but still didn’t answer the question of how it came to be understood (or misunderstood and constantly argued about) as it is today, as the reverse variation of grinds.

Obviously we had to hit up Arlo Eisenberg.

“I named the tricks ‘alley-oop’ from vert to street. We were taking a lot of names from skateboarding. It made sense at the time. We almost called the Soul Grind a Smith Grind.”

Arlo described the sensation much like Cesar described, “I skated vert and street, when I first started trying alley-oop grinds down a handrail — the movement felt the same. Approach, carve towards the rail like a ramp, jump and ride backwards — that felt like an alley-oop air.”

But not everybody was on board with the concept at first. Angie Walton, owner and editor of Daily Bread magazine, worried it would cause confusion, “We were doing Daily Bread and had a lot of input on everything. Alley-oop was controversial at the time — Angie didn’t really get it. It still remains somewhat controversial ‘it already exists on vert’.” 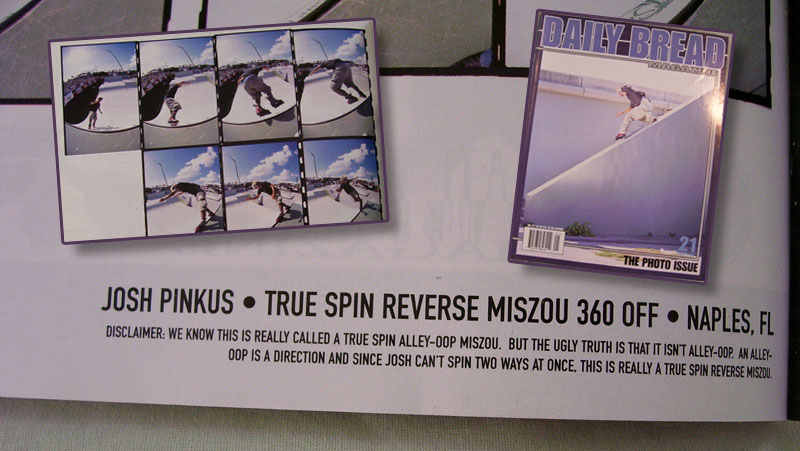 But all of us today know how history played out, and with the invention of “truespin” the term distanced itself from its vert origins even further. “When true spin became a thing, suddenly there was a replacement for a spin as opposed to simply going backwards on the grind. It moves away from the alley-oop air concept and ends up meaning grinding backwards.”

“Still, going fakie down the rail, which is true and more accurate, could have been a better alternative.”

Digging deeper into DB‘s for evidence of savannahs, in issue #21, page 42, we found this “unknown” Ryan Schude lacing an alley-oop backside unity and labeled as “savannah.” 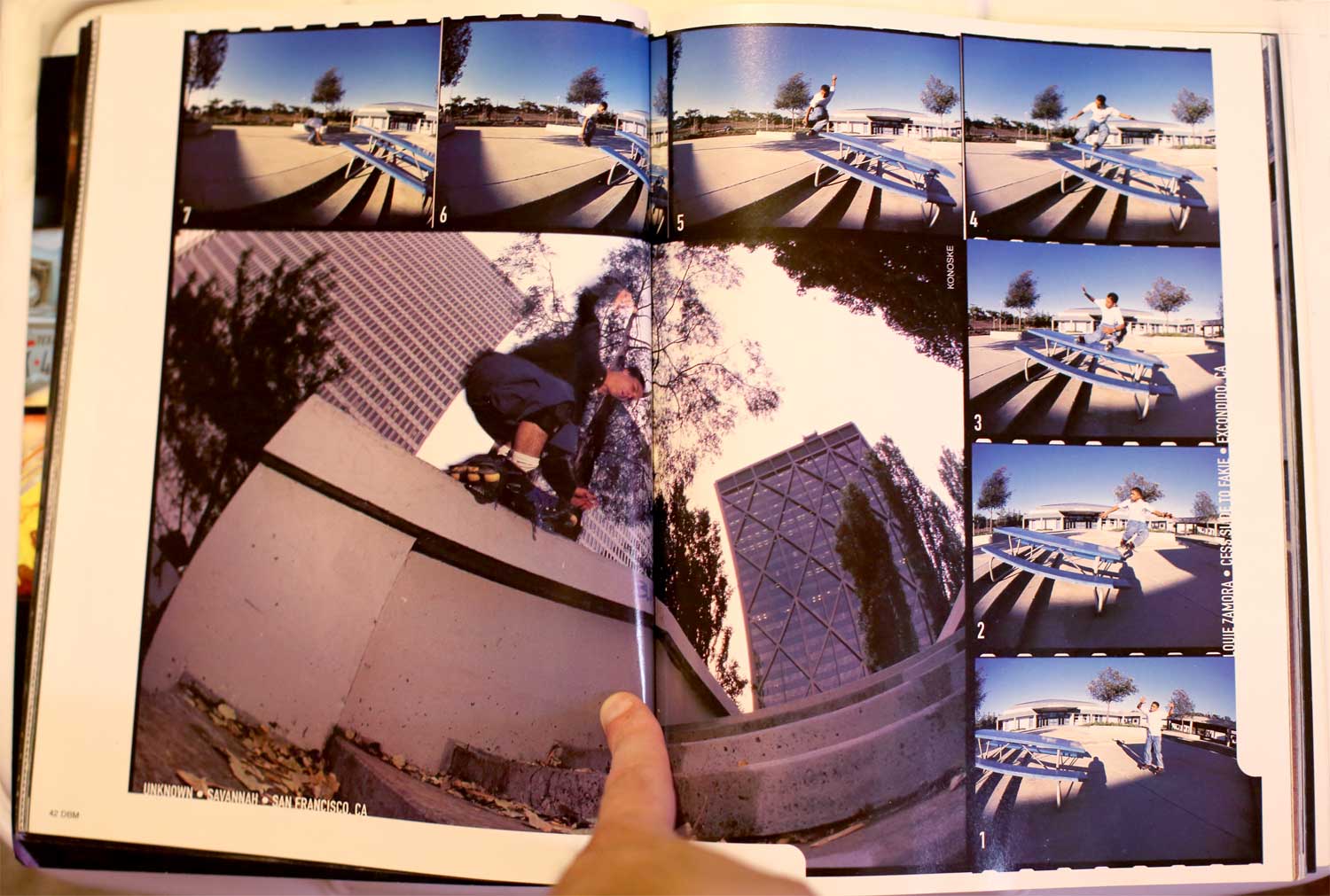 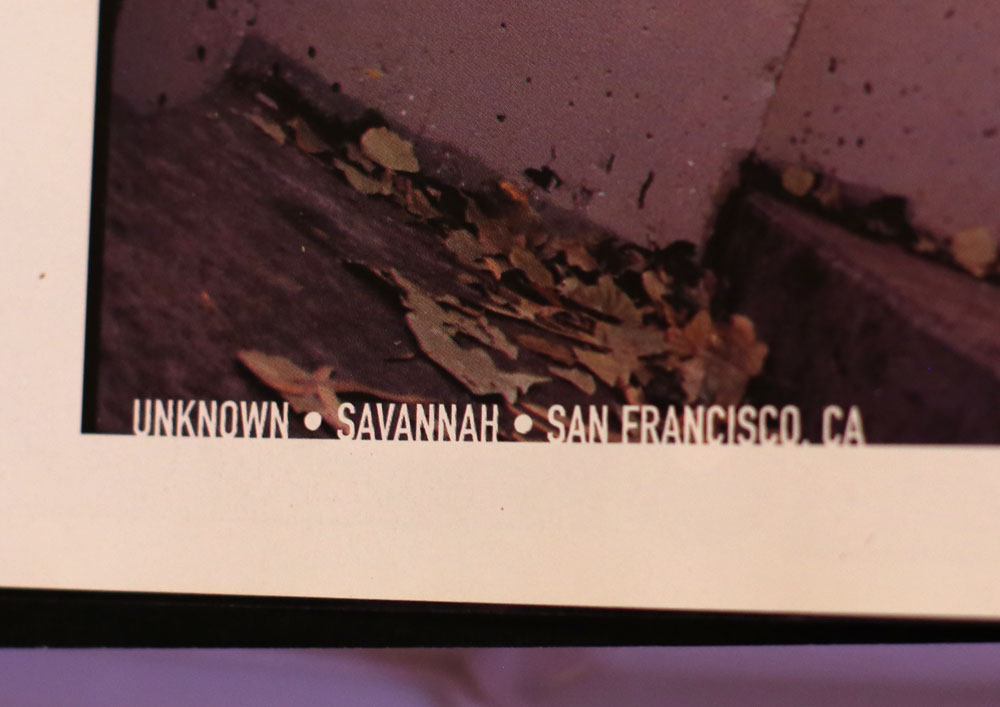 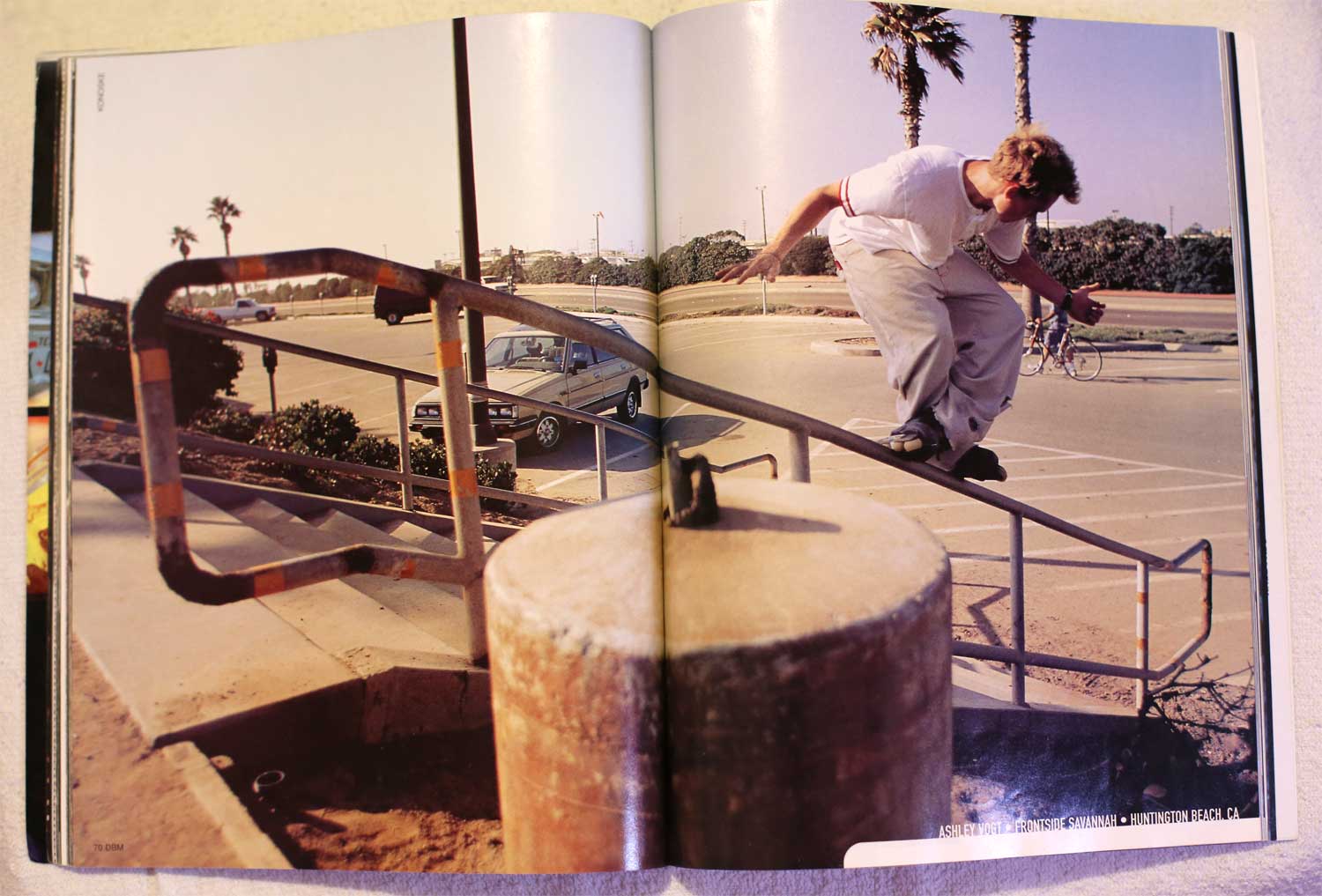 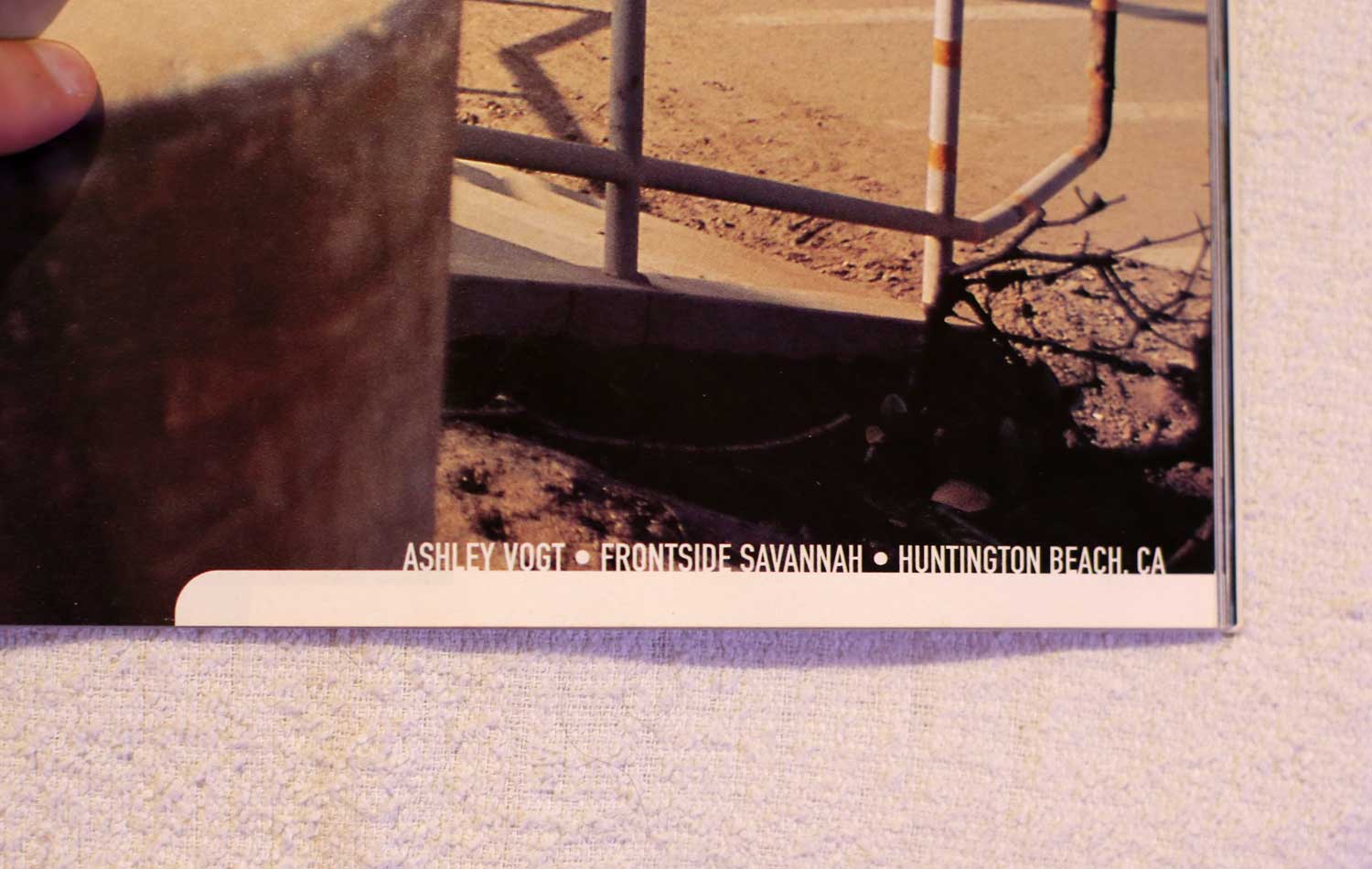 Arlo also felt it was a mistake to design trick names that would attempt to encapsulate the whole trick. Single word names like “kindgrind” that represent a whole list of variations 1. Miszou 2. Topside 3. Reverse 4. Alley-Oop (always assumed alley-oop unless you specify truespin). A few issues later in Daily Bread #26 they just labelled this alley-oop backside unity “alley-oop bs unity.” Maybe they were on to something.

What do you think? Tell us in the comments. 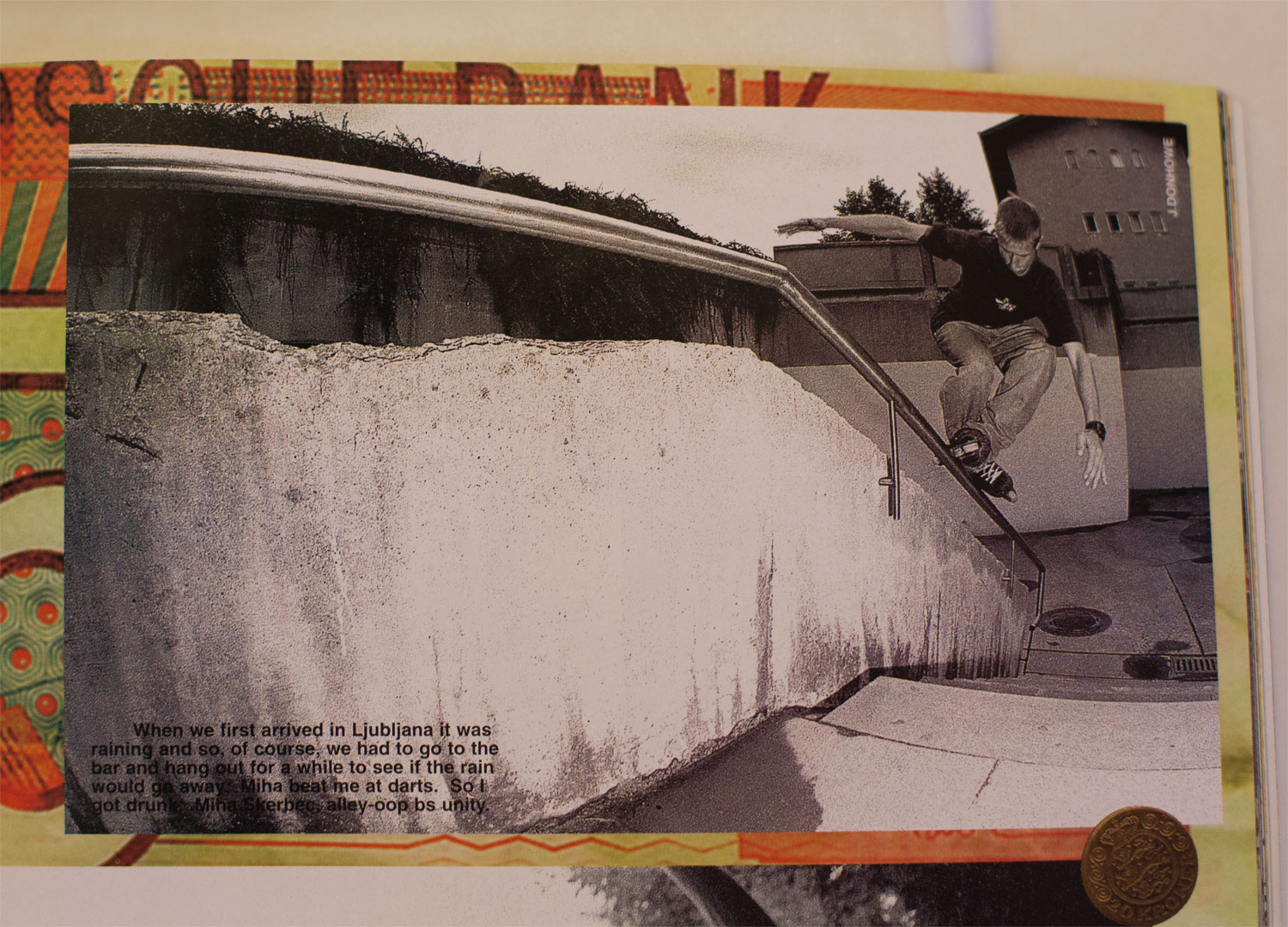