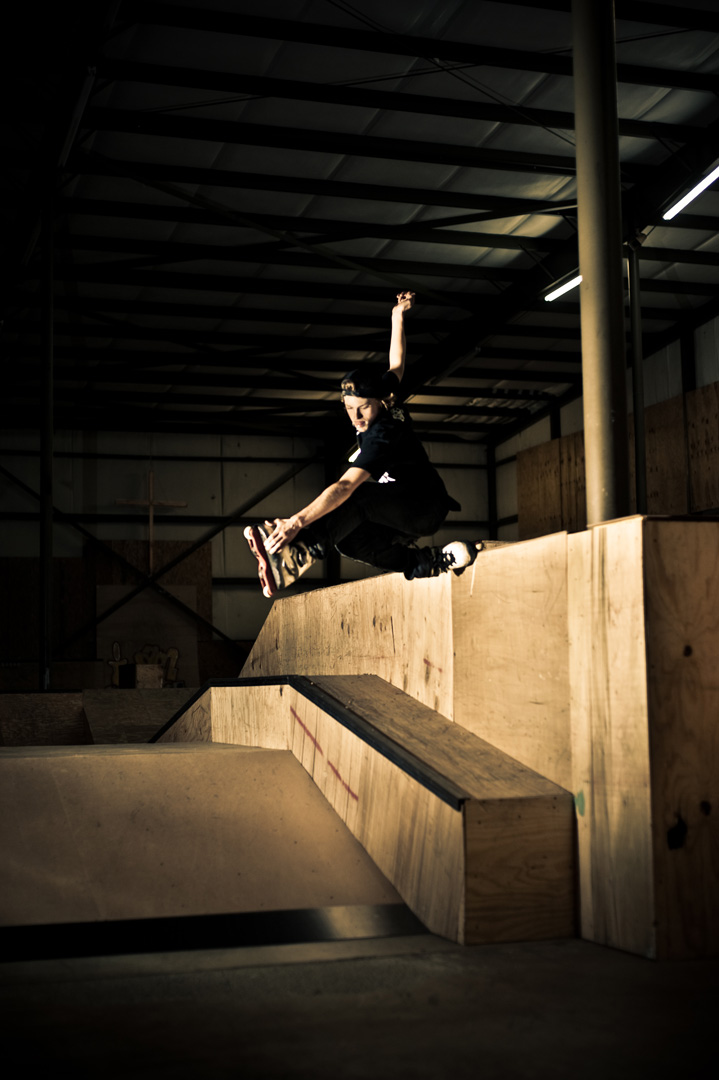 I’ve been skating with Ray Kronenberg since he was 7 years old. Back then, I knew he was going to be something special in the skating world, and now that he is 16, he’s starting to make the first big step. Ray has been skating the only skatepark in Chattanooga since he started rollerblading, but, finally, a new park has opened up. We went to check it out. After getting warmed up, Ray asked if a gap to fishbrain on the upper ledge would be a cool photo. Although the ledge had no angle iron or coping on it, and certain parts of the wood were raised up, he said it would be no problem, he could grind right through it. After testing it out a few times, he rode over to me and said, “Ok, right here.” He launched up, slid the whole thing, landed it, and asked, “Was that one okay?” We looked at the screen on the back of the camera, then I turned to him and said, “Why do you have so much steez?” — Josh Hayes

That photo is fucking sick.

Ray is the man.

Josh brings out the best in us.

I don’t think this is a great fishbrain at all. The boot is all best over so its clear he is coming off the grond, the rocket grab looks awkward and the whole thing seems to lack any commitment to the grind at all. Sorry, I don’t mean to be a rollernews-sounding hater, but i would have said “cool try man, lets do it again, you need to get a little more on top of this”.

Lighting and angle is cool though. Maybe the shot is just a little late?

It’s cool but believe it or not he made it to the pole because he was going so fast.

i did it 3 times to get it that way. it was on purpose.

It would ruin everything.

The steez on this fishbrain is reminiscent of Mike Lilly in his Roces ad that I believe ran in DB circa 2005-2006.

It can be seen here:

Way to fail miserably, other guys.