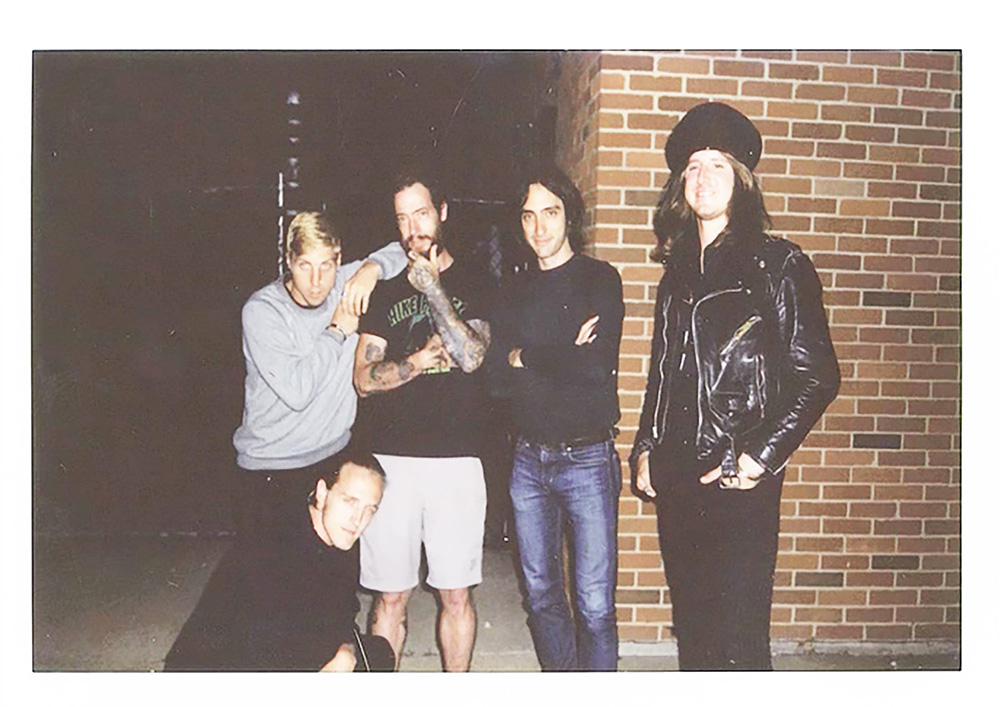 Cleveland is on a roll. First, the Lake Erie Monsters win an American Hockey League championship. Then the Cavaliers deliver a comeback for the ages to cinch the team’s first title and shatter the 52-year pro sports curse that has seemed to enshrine the city in a cloud of doom. If that wasn’t enough, Cleveland blading set another benchmark with a feature story in Issue #22, and then like a gift from the Northcoast Bl8Gawds, Travis Rhodes has released a 17 minute VOD featuring Alex Broskow, Chris Farmer, Ben Schwab, Jimmy Spetz, Nick Doherty, James St. Ours and more — with all proceeds going to the James Short Memorial Session fundraising. By way of an interview with Travis about the project, and unused issue #22 photos by Corey Oringderff, we present an inside look at DELETED.

Travis, kudos, you used one of my favorite songs in the outro, and had a shot of the blimp high in the sky. Nicely done. So was this the first VOD thing you’ve made?
This was the first VOD I have made, and probably my last. I’ve never been a fan of editing. But who knows?

How did you guys decide on giving all the profits to the Short family?
All these years of going to JSMS, I finally wanted to give back to such a great family. They’ve done so much for us over the years since James passed — putting on this event year in and year out, spending money out-of-pocket every year to get people from out of state in town, including bands in the festivities, and whatnot. I just want to contribute and try to give others the chance to contribute and give back another year. 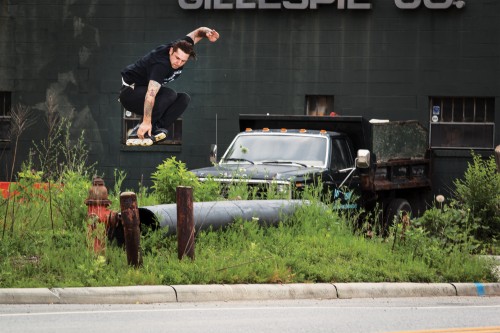 Can you tell us all about your history in the Ohio scene and your relationship with James Short?
I remember James from when I was about 14 years old. I’d see him at Vertigo skating a bunch, doing toe rolls and cess slides, wearing tights pants. I remember my friends and I looked up to him. And one time a bunch of the guys from Vertigo came out to Geneva, where I lived, and did a skate demo and afterwards they gave my friends and I some jeans and shirts and magazines and whatnot from the back of their car. Once I could drive I’d see him more at Vertigo and hang out there, or he would come up to Geneva and hang out, or we would go down to New Philly and skate. He was always a happy, positive guy. Always fun to hang around. Not to mention my friends and I were always trying to figure out how to citric toe roll as well as he could.

What skates in James wearing the long neighborhood heel roll clip? I can’t decide if skinned Razors or Psirus.
I actually think those are Rollerblade Details.

Some dudes have pretty short (but awesome [what a pun!]) sections. Was there ever a plan to film more with those dudes, or was it always a “see what we can get” scenario?
The actual plan was to make a VOD of Ben, Al, Farm, and St. Ours. But we got a couple of late starts and didn’t get as much as I really wanted. But the whole time it was just “let’s see what we can get and go from there.” 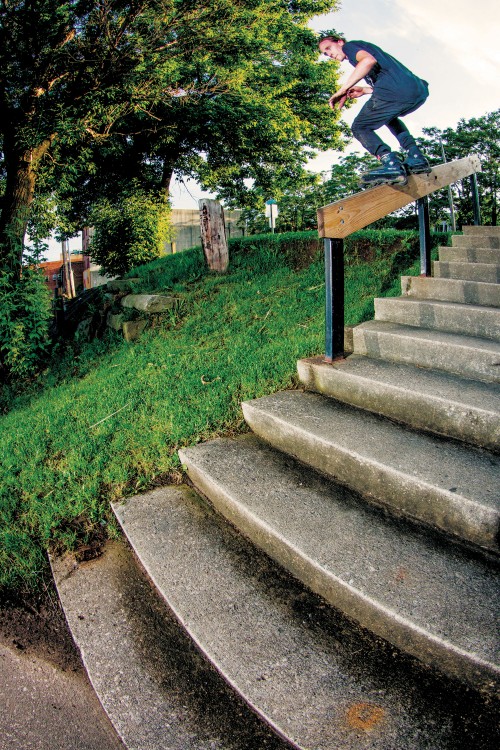 When did you guys start filming for this? How did icing your ankle when Corey was in town shooting for issue #22 change plans for the project?
We started filming for this the day after JSMS 2015. I had called Ben, Alex and Farmer a few months before when I found out they were all gonna be there, told them my idea, and asked if they wanted to stay a few extra days to try and get it done — they were all more than happy to try it. So me messing my ankle up didn’t really change the plans very much. 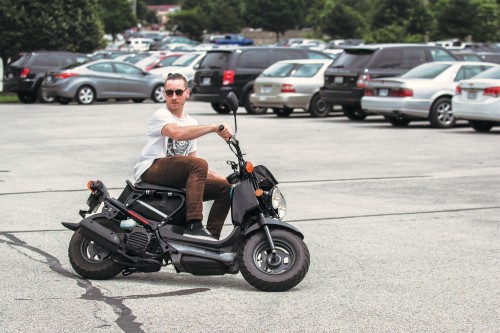 Was awesome to see Alex shred Central Hower and then he and Ben getting jiggy at EJ Thomas. Those ledges! I miss them! Surprised you were able to get any laps in there without security harshing the session.
Central is one of my favorite spots. It’s never and bust and there’s a ton of stuff to do. And as for EJ, your guess is as good as mine. We basically just stopped skating anytime a security guard would drive by. I didn’t think it was gonna last long, but we got a pretty good sesh in without any hassle. 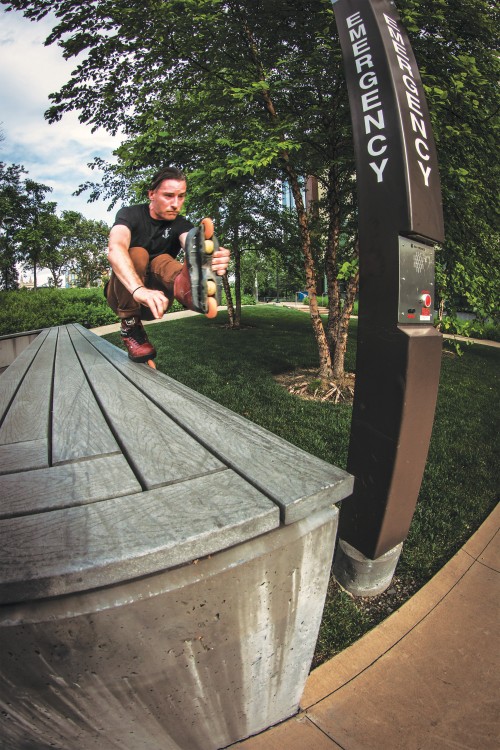 What was a memorable moment from filming?
I think it was our first day of filming and the guys were still down in New Philly and Gags and I were in Akron with James. Those guys were off to a late start, so we hit a Mexican restaurant for margaritas but James had a few too many and passed out at Canal. When he woke up he just threw Ben’s shoe into the water. No reason. Just straight shoe in the water. That’s why at the beginning of Ben’s part you see him tossing his other shoe into the water.

Your favorite clip in the video?
Anything Farmer does. I was the happiest kid behind the camera when Farm was skating. But I really liked Alex’s last trick for his section. 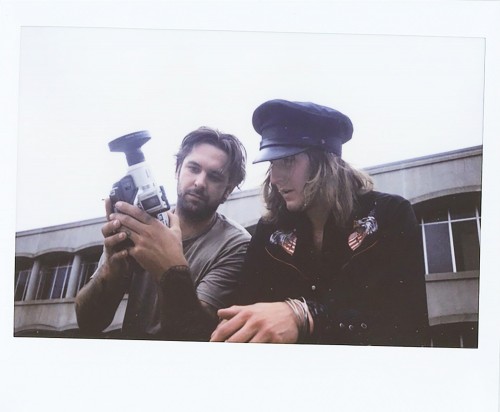 Do you ever think about filming with an HD camera? I know you’re not gonna be caught dead with a DSLR, but any other rigs catch your fancy?
I would film with an HD camera. I just don’t have the money for one. I’ll let Gags handle that department. I like his rig, the fancy HD camera with a Century MK1 attached to it.

I’ve been curious, is the attitude in the city different now that the Cavs broke the curse? Or is CLE still just as pessimistic and bitter as ever?
First the Monsters won and then right after that The Cavs got theirs, and the city has been nothing but positive since. The Indians even went on a 14 or 15 game winning streak. It’s been pretty awesome to watch. Can’t wait for the Browns to make the playoffs this year! 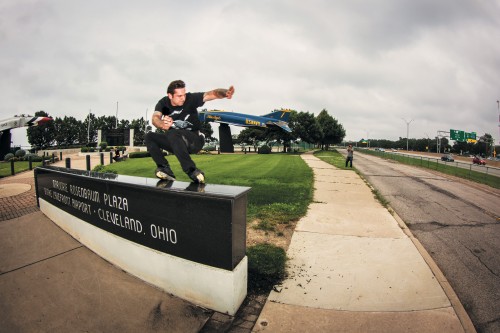 How about you, will you do this all again? And what’s next?
I’m done filming and editing. Well maybe not filming stuff. I like being behind the camera, just not in front of the computer. Right now I’m just working on a little something with Gags. Maybe a HD section. 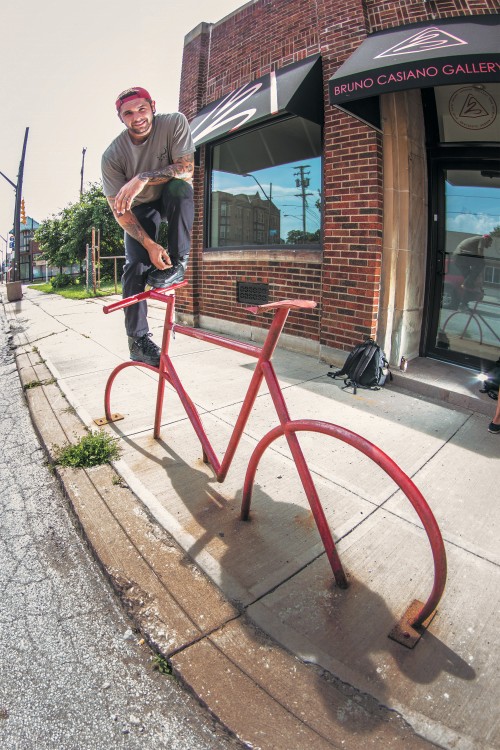 Well cool, Travis. Thanks for taking time to answer these questions, and for making the video. And for being part of issue #22!
Thanks for the questions, man. I appreciate it a lot. And thank you to everyone who supported and bought the video. It is really showing that people care and wanna help out. Mike and I greatly appreciate that. Also, the video will only be available until August 26 which is the day before JSMS 2016. After that it won’t really exist. I may pass out some signed hard copy’s at JSMS, but that will be it. So if you wanna support you have ’till August 26 2016.

Thanks again and thank you all who supported.

Deleted Trailer 2 from MethMouth on Vimeo.