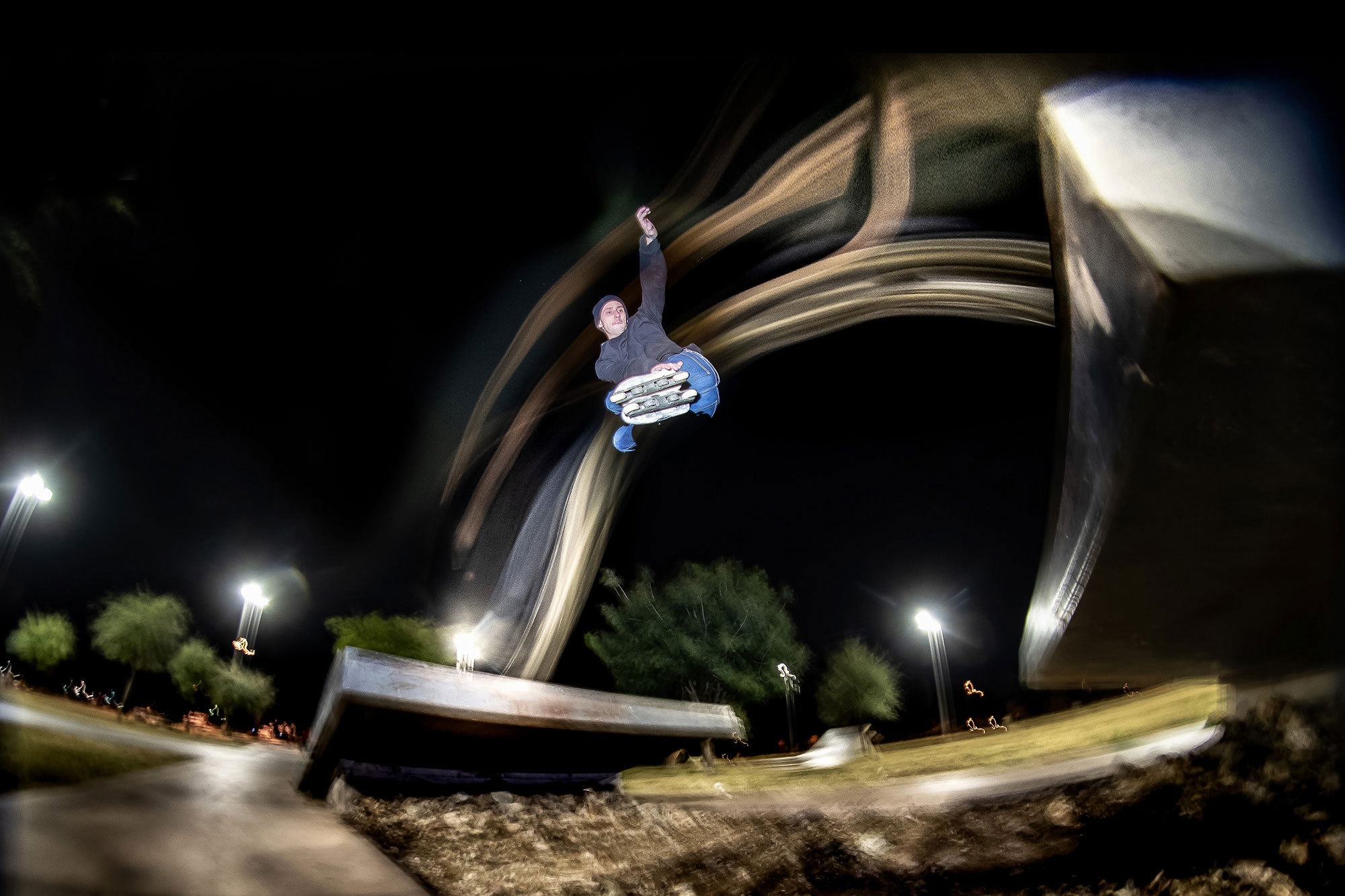 Well, it’s happening again. Last night Los Angeles County issued a stay-at-home order. Covid-19 runs unchecked across the United States, and other parts of the world see cases rise — while countries that took drastic measures early on in 2020 see drastic reductions and a return of some regularity to their lives. That is all to say it’s one messed up bag of WTF out there in the world, so what better time than now for a check in with new Konjure pro team member Chad Hornish. We’ve been big fans of Chad’s easygoing ways and understatedly powerful blading, and it’s cool that more and more of you out there in Bladeland feel the same way. So enjoy this look at a few extra shots that didn’t make the mag, and see more in Issue #25, which we dropped back at Winterclash 2020 but seems like a hundred years ago now! Wow!

If we weren’t in quarantine right now and you could travel anywhere in the world to shred, where would you go?
I would love to be in Amsterdam right now. I’ve only ever experienced that place in the winter months, so a summer trip is overdue.

If you could fly any skater in the world to Arizona to show them your local spots and session with, who would it be?
That’s tough, I’m gonna say Yuto Goto. I think he’d enjoy what we have to offer.

If you could work with any videographer or photographer, from blade history or present, who would it be?
Brandon Negrete. R.I.P.

If you could go back in time and shred with one pro during their prime, who would it be?
I’m fortunate enough to have already skated with them in their prime… but to see Shima skating again, how he used to, would potentially bring me to tears.

If you could skate with one of the fictional characters from Airborne, Brink, or Prayer of the Rollerboys, who would it be?
Andy Brinker. #soulskater

If you could go back and witness one epic moment in blade history, what would it be?
Shima’s wallride from IMYTA Montreal.

If the blade gods granted you one blade wish, to add one trick to your vocab, that you’ve always thought was cool but just couldn’t land or get the hang of, what would it be?
Spinning in the opposite direction (switch spin). That alone opens up so many trick opportunities.

If you could design a whole new skate from scratch, what would that be like? Rocket hover blades?
I’d stick with a plastic boot. Probably resembling some sort of m12 / cult hybrid, but with a flat base, so that universal soul/base plates could work.

If you could add one question to this ridiculous interview, what would it be?
“How much longer do you do you think this pandemic will last?”