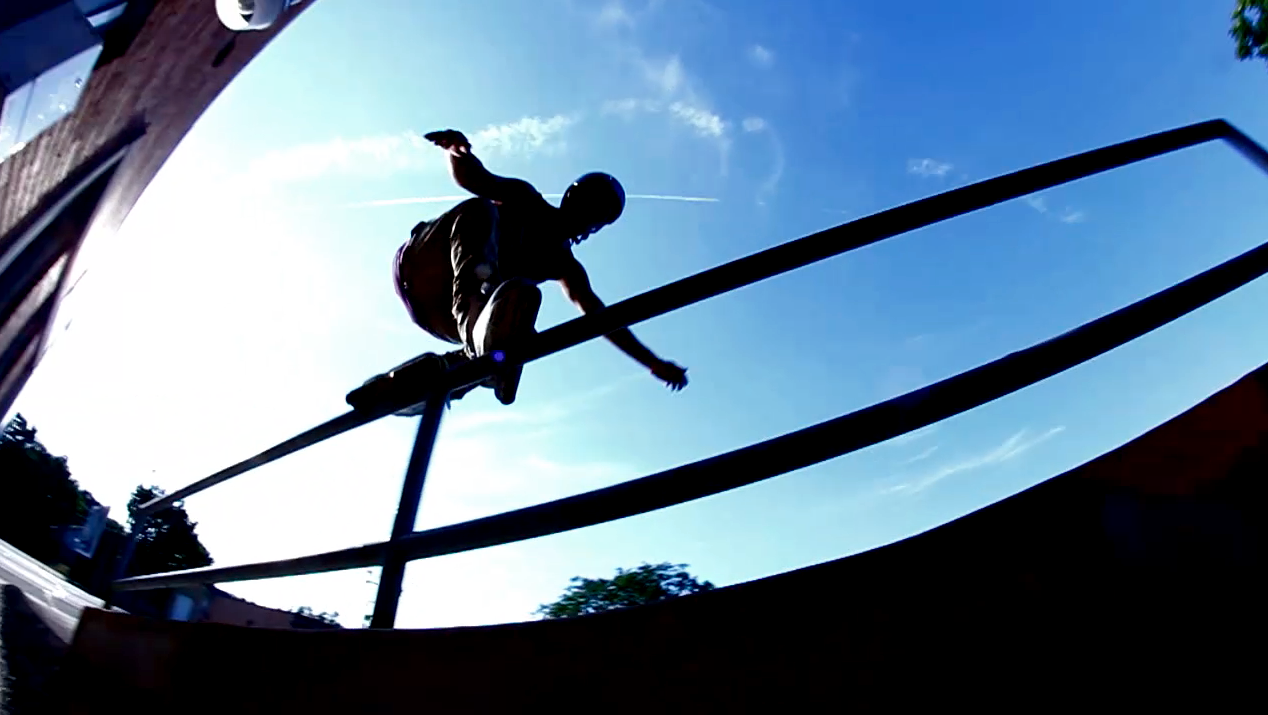 Fellow Akron-native Chrissy Hynde of The Pretenders once said she went back to Ohio but her city was gone. That sure ain’t the case no more. Yes, some of the old haunts are gone — laid to rest for the growth and expansion of a growing university and solidified downtown community — but those marks of progress are a far cry from her cryptic lyric. Indeed, Akron is alive and well, and so is the blading scene. We were there over the weekend so we asked Ryan Sibbio and Mike Gagliardi to organize the session, and they came through joined by Travis Rhodes, Craig Parsons, Jimmy Spetz and the legendary James St. Ours. This is what we got done in a day as your humble filmer took a trip down memory lane. Big thanks to everyone for shredding and kicking it. Come out west anytime.

Man I wish I could have been there for that.