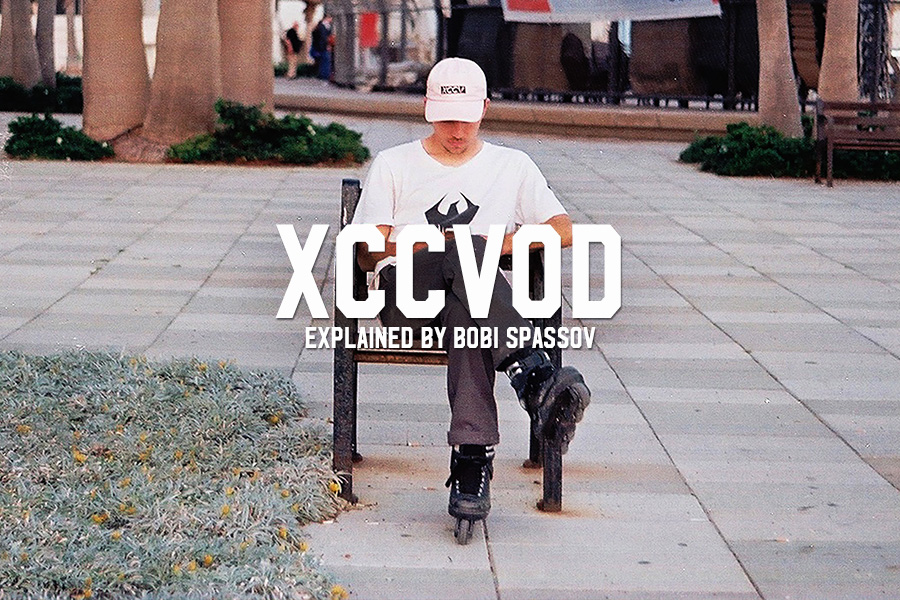 Written by ONE Staff - Published on Saturday, November 17th, 2018

From the sun-drenched shores of the Mediterranean a new and influential crew has emerged, embracing fluid motion, technical detail and a steady string of new and innovative tricks. The crew is XCCV and perhaps their most visible personality is Bobi Spassov, strong contender as leader of blading’s new school aesthetic, and the driving force behind XCCVOD, a new full-length project from Bobi, Yair Viner, Omri Baum, Daniel Deitch, and Max Koshelev. We wanted to know more about this group of bladers and the new video they just released, so we wrote questions for Bobi and he was happy to explain it all for your reading enjoyment. And now that you know more, go download the VOD.

Okay, Bobi, let’s start at the top — tell us about your crew XCCV, who all is in it and what the name means.
Sababa is not just a word but a way of life. It’s almost like HAKUNA MATATA… it really is just like “no worries” “it’s all good,” “cool,” or ”awesome.”

The riders are basically anyone who is a close friend, skates with us, and feels related to the skating vibe we’re on. With that said, the main sections in the VOD are Yair Viner, Omri Baum, Daniel Deitch, Max Koshelev and me. 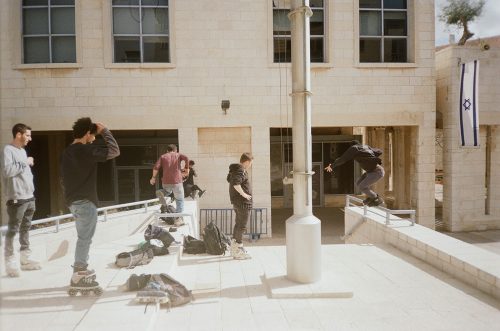 How did you guys all meet and start skating together?
We met up in different times and eras. But maybe five years ago me, Omri, Daniel and Anton started to skate together often and get closer. Then about three years ago Yair started to get back to skating, and joined us along with Max. He’s the young one that basically showed a lot of progression and talent, so we took him in. Around that time I came up with the name “xccv.” We thought it would be cool to have a crew like back in the day, and join forces to show our scene to the world .

When did the idea to make a VOD take hold?
We started filming street together. At first we thought it’s gonna be Streety Tap 2 — basically another online edit. But as we gathered clips we kinda got slowly warmed up into skating street more often. By that time I got my hmc150. The clips started to stack slowly and we started to think… maybe we can make a full video? I think we decided it’ll be a VOD maybe a year after we started filming. 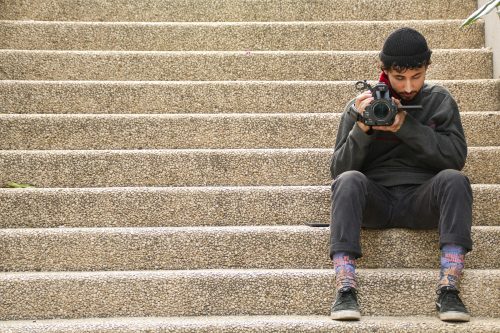 How long have you guys been filming for it?
Pretty much two years of filming… with ups and downs, and breaks, and sometimes months without constantly going out. But we kept pushing it and not giving up despite “life calls,” and I think we are all very happy about that.

What is the hardest part of making a project like this?
The hardest part was keepingit consistent. BH Israel is very expensive and very demanding. Meaning you have to work a lot of hours normally, or study hard in the university (like Daniel does), or just be in the Army (like Omri). So we could never dedicate our lives to it. It was always a side thing. Once a week, once in two or three… So to keep your head and confidence in it is hard. When we had a good period of consistency we could normally got a lot of clips every meet up.

Basically I’m the one with the most free time cuz I work a part time job, so I had to kick some asses to make it happen. 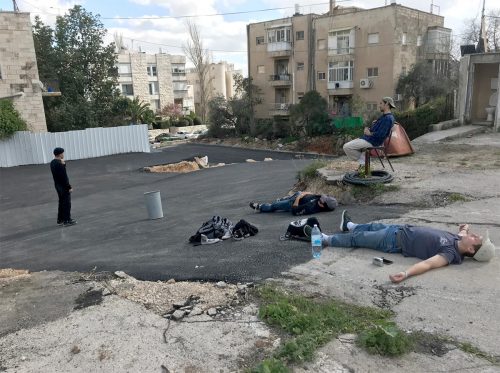 Go through the lineup section by section and tell us what to watch for in each one.
Okay.
Daniel Deitch — Blade geek. Super talented, super tech skater. Both legs both spins. He don’t give a fuck. He’s Yair’s best student and one of the best skaters here in Israel. Opening the video with energy.

Omri Baum — I’ll begin with saying this, Omri filmed the whole part with a dislocated shoulder. He got the best he could before going to get surgery, which ended up with another surgery, and only now is he back on track.
Omri is a very capable skater that can go big, small and tech; a very new school approach to the streets with beautiful, clean style. 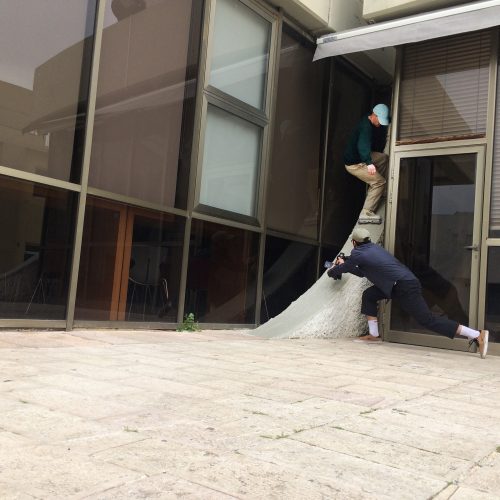 Max Koshelev — as I mentioned he’s the young gun. He’s got that spice. He’s just naturally steezy af. He was steezy already when he only knew couple of tricks. Like Omri, he comes in with a new school approach, having some very interesting tricks up his sleeve. His section is very fun to watch, partly because of the tune and editing. Some say his section is their fav to watch. 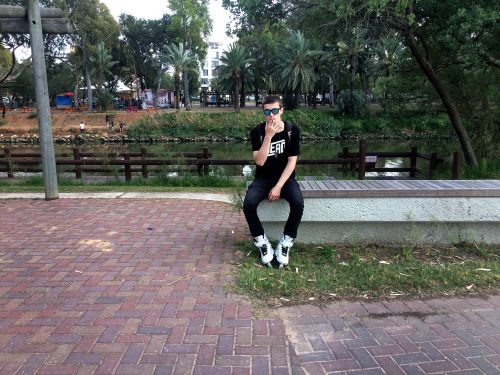 Yair Viner — the king. Best skater in Israel. In a time when being the best is not necessarily what matters, we all still appreciate a good hammer. Yair is throwing those and you goddamn know it’s coming. With some tricks influenced by the younger guys and sometimes he just wants to hop on a drop rail. His section can easily be marked as the hardest one, cuz he is the best. 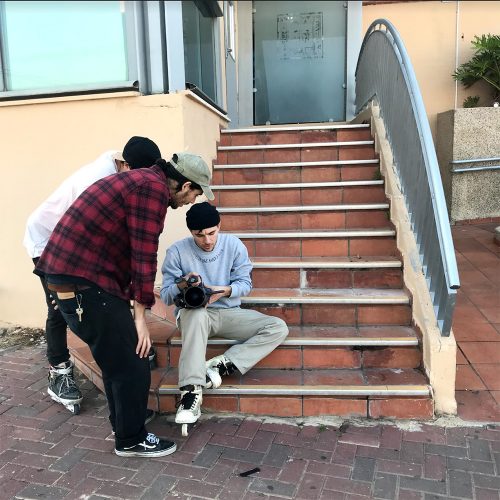 Me — idk, hehe… I think it will be refreshing to watch me find my path skating street, getting more comfortable, growing some balls and confidence. It’s hard to say good stuff about yourself, but I can say I’m very proud of the results, and a couple of tricks in there are for the history books (esp the ender). I learned a lot during the process of filming for this video. I really hope people will enjoy my skating for this as much as they enjoy it in the Insta park clips (even tho it’s very different imo).

Where all did you guys travel to film?
We only filmed in Israel, and that’s what makes it so special for the viewers in my opinion, besides the mixture of styles and approaches. A quick look through skating and skate spots into a place they don’t know much about besides war. 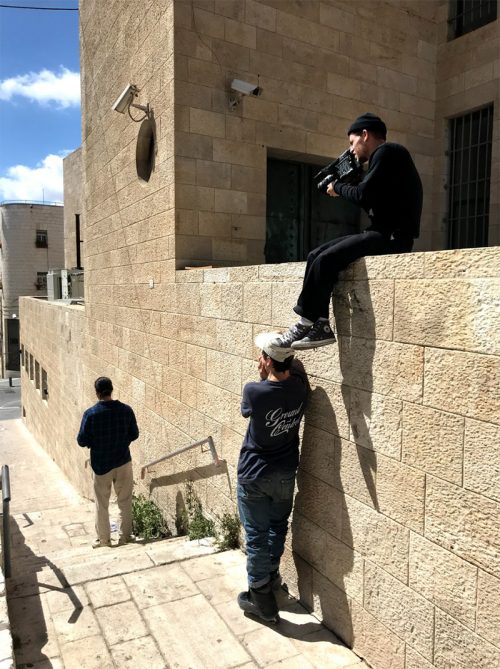 Who took the hardest fall during production?
Probably Yair on the Ribs. Or myself on the heels. We were both out for a good while.

How many pairs of skates were destroyed in the process of making this VOD?
IDK about the guys but I switched four skates I think? V13 White / Cream / Broski Midnight and Them skates. 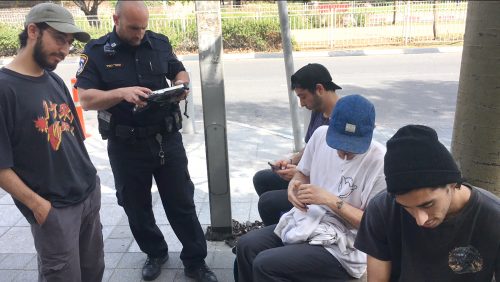 What is the scene like in Israel? Are there a lot of bladers?
Israel is a special place to skate. You can pretty much skate all year long (unless it’s too hot) or it’s one of just a couple of weeks when it rains everywhere. The scene is small but it’s alive. We produce content and keep the sessions going at least twice a week.

Does the public know what you’re doing when they see you guys out and about?
We rarely get kicked out from spots and people are normally ignoring it or cheering for it. But like everywhere there are exceptions. Sometimes run can into an asshole. But mostly it’s really fine and nobody really cares. Do your thing.

Your favorite trick in the video?
I like so many different tricks that I can’t choose one.

Thing you’d do over again if you could?
I’d learn my best camera settings from the beginning and not change during the process of filming. When I exported the final video I always had to choose which settings I used and they would hurt the production quality wise. Eventually I found good settings. But I think the next video will be much smoother. So, my bad. Sorry. 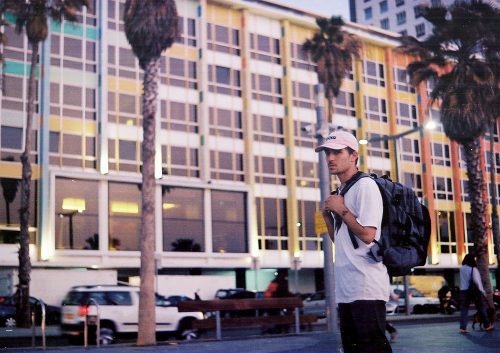 Well thanks, XCCV crew, for blading and talking with us and making a video. Good luck with what comes next.

XCCV are the letters corresponding to the Hebrew letters on the keyboard to spell Sababa or SBBA, as it is written in Hebrew. So yeah. Everything sababa.