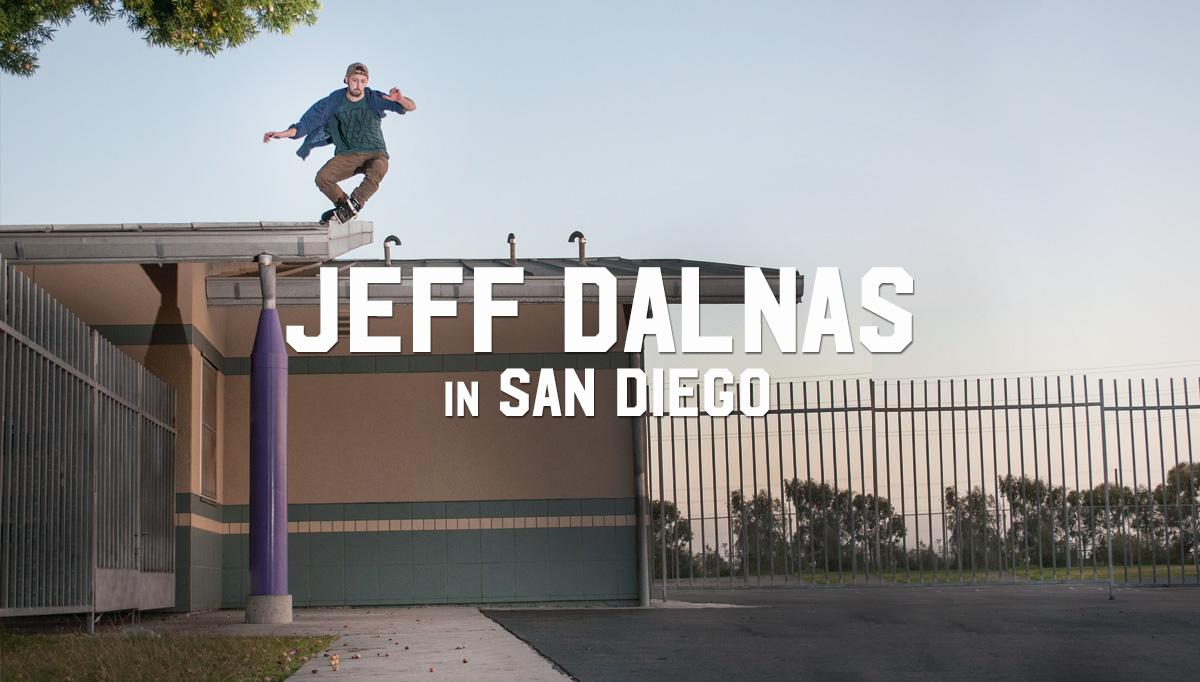 Written by ONE Staff - Published on Wednesday, May 4th, 2016

What can we can say about Jeff Dalnas? He’s not concerned with your trends. He talks shit. He’s been juggling work and pro blading for a long, long time. He’s a real dude that says what he means and isn’t afraid to ruffle feathers. Oh, and he’s really damn good at rollerblading, as he proved over and over again during his short visit in March — just two and a half days of filming! He called our long days “the workout plan,” we called it taking advantage of a great situation. So here it is — Jeff Dalnas in San Diego, another ONEblademag Capsule from JE and Macgowan. Enjoy.

Hey Jeff, you just got back to Rhode Island from Hawaii — how was that?
Yeah man, Maui!! It was pretty awesome… swimming with sea turtles, chillin’ in the rain forest, lots of cold drinks, beautiful weather and scenery, and I even got in a quick blade session with local shredder Thumper Nagasako. I had a great time! 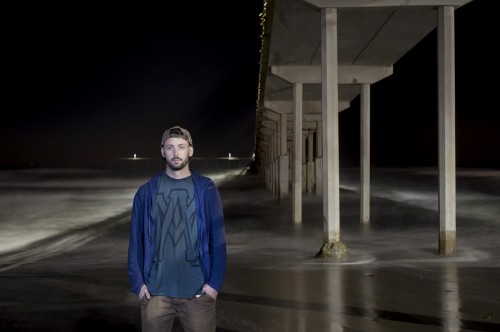 San Diego in March, Hawaii in April… do you always get around like that?
Nah, not normally. I try to do one vacation a year somewhere tropical, and then a few small blade trips. I hadn’t been out to Cali in years so that trip was overdue. 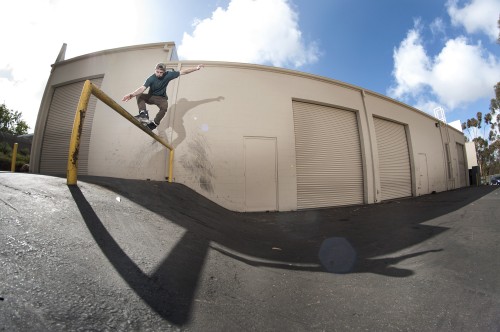 What’s the blading scene like out there? Much new talent on the come up?
The blade scene is kinda dead here. We have a handful of skaters and maybe even a few new ones, but not many. My buddy Dave Hartnett is probably the only guy I know who still goes out and skates almost every day. He’s been laying down some hammers lately too, you know — hurricane topsouls on 32-stair kinks, big gaps, and tech tricks on real shit. It’s like what skating used to be like.

What about the east coast in general — what’s the energy out there like? Picking up, dying down, staying the same…?
I can’t really speak for everywhere, but as a whole it seems like it has died down a lot… But I could be wrong. 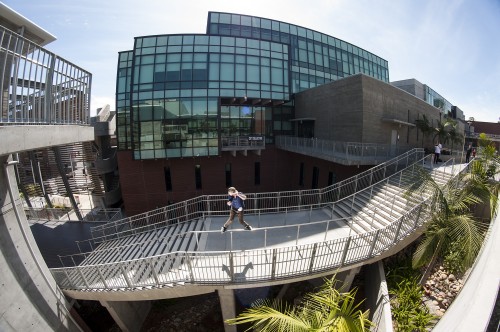 How many people do you usually blade with, and how often do you get to sesh? Does all that have anything to do with what brought you to SD?
I usually only skate with 2-4 guys max, and mostly only on the weekends on my days off. It’s not that I don’t skate often, but I came to SD because it’s almost impossible to get anything done back home. It’s not like we have a designated filmer, and asking anyone to stop skating and film me is just a total buzz kill on the session. All the guys I skate with are married with children — they don’t get out every weekend like I do. So when they’re skating, they’re skating, not filming me.

You were asking me about cameras and fisheye lenses when you were out here. Did you buy a rig yet?
Nope, I haven’t got around to it yet. But before summer I will! 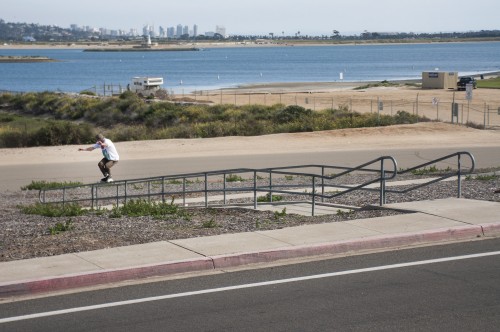 You’ve been in the professional workforce for awhile — and have always juggled real-world responsibilities with your “job” of being a pro skater. How’s that work out for you? What could you suggest to other skaters looking to manage that balance?
Yeah man, I work full-time and even a little on the side, so you could say I’m really busy. But I always make time for skating, at least once or twice a week, plus a few blade trips here and there to make short edits or whatever. I think I would go insane if I didn’t skate anymore. So any of you older folks that are hanging up the blades because of a 40-hour work week, stop being a lazy fuck. Just get out there and blade…

Speaking of pro skaters and responsibilities, can you break down for our readers what your actual contractual terms of employment are? Like, what do you gotta do to keep getting your stuff?
I don’t have a contract with anyone. If you want to keep getting hooked up then you gotta just keep yourself in the spotlight. There is no set requirements, I think it’s just expected for you to know what to do. 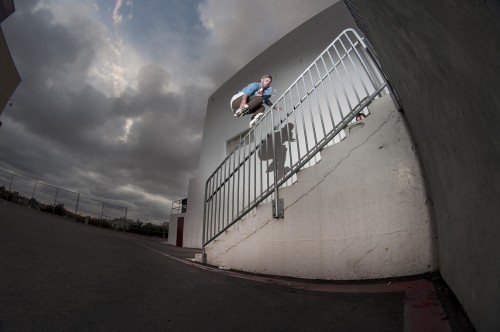 And final thing on the pro tip, do you think the definition of that phrase holds the same weight as it did when you were younger? I guess what I’m saying is, are many current “pros” really professional?
No, I don’t think you can really say anyone is a professional anymore, besides maybe a select few. But they’re actually working/doing shows, so there really isn’t anyone just getting paid for video sections and winning contest as a living… Is there?!

What event/person/experience/moment inside of blading has gotten you more hyped than anything else?
Geez, I don’t know… I’m not really big on events or even really care for them, but yeah — what we just did out in SD is what gets me most hyped about skating. I felt like a kid again skating every day with a group of people! 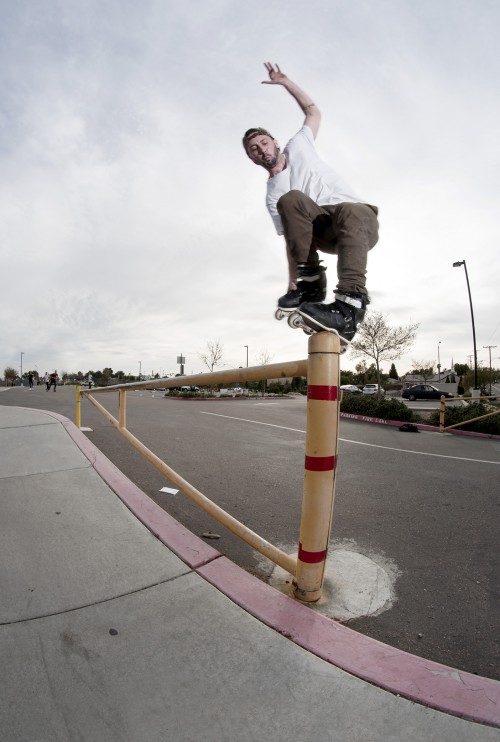 I don’t remember if we talked about it, but how long have you even been on blades?
This summer will be 21 years. I started in the summer of 1995… fuck, I’m old!

And who is responsible for getting them under your feet?
This question seems to come up in every interview, but my big bro Eric got me into it when I was 9 years old… and we still blade together to this day! 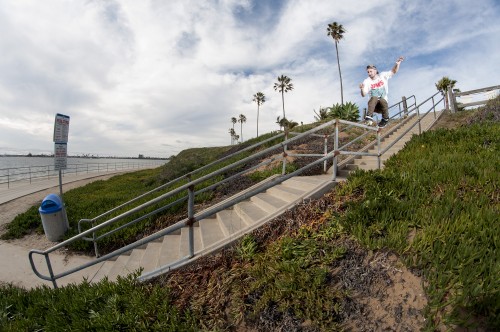 You came out here with a brand new set up that was pretty beat down less than three days later. How long does it take you to blow out a pair of blades?
I’ll run through parts quickly but the actual skates themselves can last years. But being a “pro skater” it’s just like every little kid dreams of — I have more skates then you could imagine. So I frequently switch skates because something new just came out or my skates got a little dirty.

So what’re you riding on now?
The USD Carbon Free team skate (you know the white ones with neon greenish/yellow on the back that look like some sort of Jordan). I have this theory that I always skate better in white skates, and I guess it’s because of two things. First, they’re white and I don’t want to get them dirty so I try hard to land my tricks, no pussy footing around. Second, they’re white, so it’s easier to see my feet lock tricks. I know, I’m crazy.

You’ve got a pretty deep bag of tricks — anything that’s on your no-no list?
Not a huge fan of negative tricks… 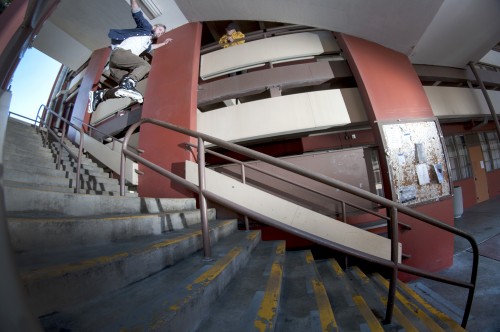 What’s your favorite spot that you’ve ever skated?
I just skated the most perfect curved kink rail in Maui. I really wished I had gotten to spend more time sessioning that one.

Let’s talk some more about this last trip. What were your impressions?
I’ve been to SD a few times before, and my first impressions were not good. But this last trip was great! I really enjoyed myself out there, and all the skaters were super chill.

Anything stick out in your memory from the trip? I’m sure the days run together since we had you blading from morning to sunset every day…
Well, I actually had a decent pizza on the west coast for the first time, that was a surprise. 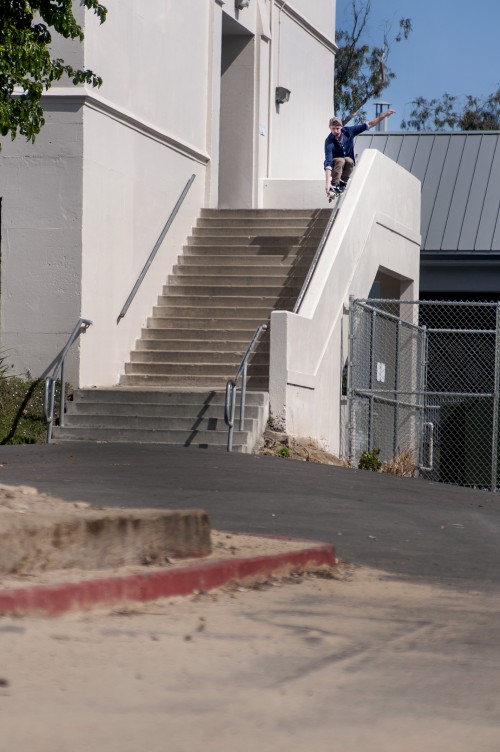 What’s next on your calendar for 2016 — where can people expect to see you next?
Hopefully I get out for a few more trips this year, but probably nothing major. Maybe NYC, Woodward East, and maybe a Maryland trip. But who knows…

What looks better, Royale or Fahrvergnügen?
Royale, but some people can make Nugens look real good!

When you coming out again?
Next winter is probably the most likely.

Well cool deal, Jeff. It was fun putting this together. Let’s do it again! Now drop some thanks…
First off, I would like to thank Isaac at Eulogy Wheels for over 10 years of support, plus all the love I get from USD, Aggressive Mall, and First & Lexington Clothing. Not to mention all the homies back home, like my brother. Thanks to Sean Macgowan for capturing the trip in photos, and of course special thanks to ONE for giving me this opportunity and putting me up while I was there. Also, gotta shout out BB the dog for chillin’ out with me before and after blade sessions. I love that dog.

Great interview, the photos are so clean and amazing and the video just ads on to it. Smooth work from all the crew, thank you.