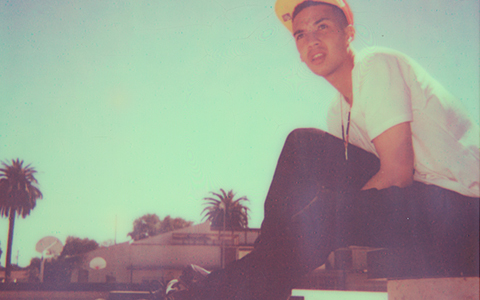 The Re-Education of Michael Collins

Written by ONE Staff - Published on Wednesday, May 8th, 2013

Michael, if anyone’s been paying attention on social media, you’ve been blowing up blading recently. Which made me think, where’d you go, anyway?
Basically, I said “Skip rollerblading… I’m over it.” I was going through a lot of stuff, plus lost one of my best friends to drugs. Shit was really f****d up. Messed me up pretty bad. Got super into partying and basically just being a thug. I was wilding out. Towards the end of my hiatus I got in a bunch of trouble and got locked up, which to me was a blessing in disguise because it gave me time to sit down, think, and reflect on everything in my life. I realized rollerblading is what I NEED TO BE DOING.

Why’re all those judges and authority types been trying to “fuggg” with you out there in KC?
I don’t know bro! They wanna see me locked up… Nah. Like I said, I was wilding out and got myself in a bunch of mess. But actually the judge has been rather lenient and took a liking to me, basically giving me another chance which I vowed to myself and my family and friends not to “Fugg” up this time around.

Since your rebirth on blades you went on a update spree and seemed to get yourself hooked up with USD by sheer force of will. How did that happen? What’s your status?
Basically, I wanted a fresh start. And USD was the only company I felt I would even consider blading for besides Valo. I saw Montre just started skating for them and I like the direction they are goin’ in, and the team is dope. Especially Franky Morales — he’s always been one of my favorite bladers since I was a youngin’. It just made sense. I see myself doing big things at USD. So I found out who I needed to contact from Rachard Johnson (That was Erick Sauer [USD team manager]. He’s dope.), and he contacted Matthias for me, and like that I was skating Carbons and on USD. Honestly, I don’t know what my status is at USD right now, but I’m gonna do everything in my power to be pro by the end of this year, which is what I told Matthias. I’m very, very hungry and not giving up anytime soon. Beleeee that.

I’m sure there’s bladers out there that think it isn’t fair or deserved or whatever. What do you want to say to them?
Ha ha, sucks to suck! Nahhh JK. I’m completely joking. I don’t know man. I am very grateful of every opportunity I’ve been given and plan to take full advantage of them. I’m sorry to anyone that feels I’m stepping on their toes, but I think I’m pretty marketable and plan on making rollerblading look as cool as possible. Not to mention all the work I put in throughout my younger years, regardless of my lil’ hiatus I went on. I’m back, better than ever, grown up, with a way better outlook on life, and just way more mature in my opinion. 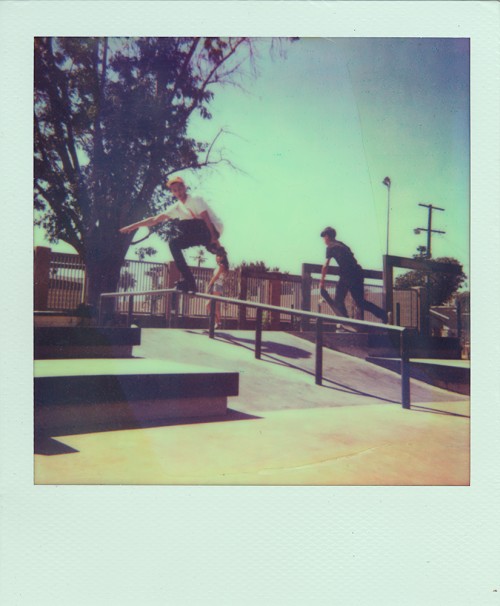 im surprised ONE would even waste their time writing about you. “USD for life” even though you listed valo as well…so when usd drops your ass you can pretend you supported valo the whole time too, right? all that time locked up and the most important lesson you walked away with was that you “need to blade?” its really hard to have respect for someone who got where they are (even though you really didnt get anywhere because you didnt do anything) by riding the coat tails of those who actually made a name for themselves (i.e. broskow) when you possess zero of that talent yourself. cant wait til the spotlight is off of you, and onto someone who is actually worthy of it.

I’m happy for you my dude. People need not waste their time criticizing because I see you’ve been putting in work and growing at your own pace. Hell yeah.

i’m waiting on that mixtape bruhh, maybe do a track with julian and dre powell!

Nevermind the haters bro, I’m just happy as hell your skating again and pushing yourself! Keep it up and show these fools what ya got

Mike C – My dude killin’ shit getting interviewed on ONE. Super jelly of your success, even with everything in your past – fuck the haters.

We both dreamed of this shit when we were little rug rats, but you def. killin it now. Go get em’ man.

your on top section changed my life man, good to see you back

Always been a fan of what you do, Mike. Keep doing it for the love, fella! PROPS and fuck hataz