ONE Staff / August 9th, 2020 / Spotlight
Welcome Back, Blader: 8 Things You Should Know About Rollerblading 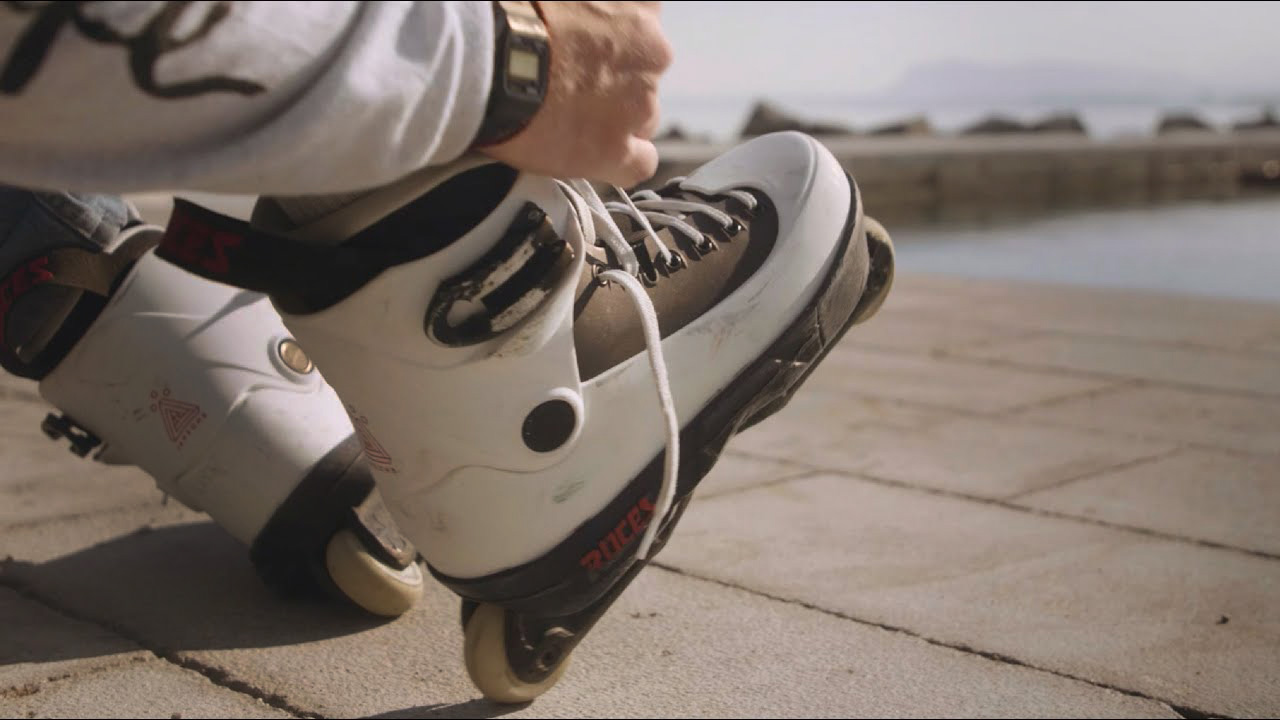 The scene: Mid-2020. A pandemic grips the world, as citizens everywhere hunker down for limited social interactions.

And yet… a bright spot.

Tastemakers, hockey players, and the high brow media have recognized the fun one can have on inline skates.

We even wrote about all that here.

But to move the conversation forward, perhaps it’s a good time to take stock of where blading and blade culture is in 2020, and measure it up against some of the old stereotypes that still permeate these nü-blade enthusiasts.

So, if you’re dusting off the skates after quitting a long time ago because someone was mean to you about your proclivity for blading, or a brand new adoptee that was able to find beginner skates to order online, here’s a run down of things you should know about blading in the 21st Century. 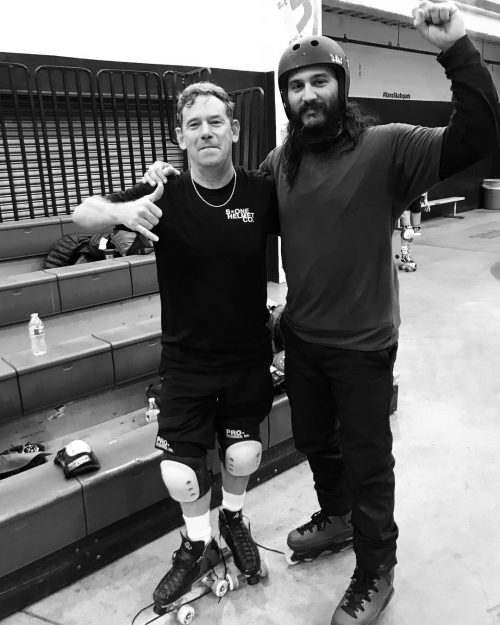 It is what it says. Worrying about what kind of skating someone likes to do is so small minded and passé. In the 21st Century we’re happy to have wheels under our feet and cross paths with likeminded beings that want to roll. Grinds. Parks. Rails. Cones. Slides. Distance. Quads. The disciplines are growing by the year (seriously, have you seen incline skating yet?). In this big, interconnected blade world there’s space for all of us, and a big ol’ benefit to joining forces like the Rebel Alliance. 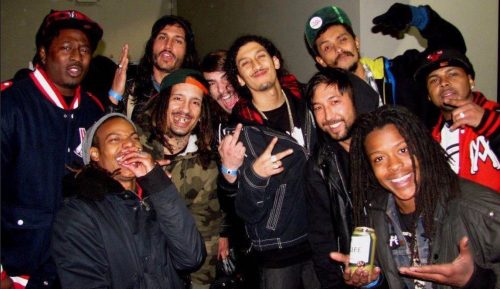 The core of worldwide blade culture is predominantly male and over the age of 30 (35 more like it), so it’s no small thing that many of us, growing up in towns and cities around the world in the ‘90s and early ‘00s, had our eyes opened to a rich, exciting world of incredible skating and people from diverse multicultural backgrounds through blading magazines and videos. Pockets of teenagers everywhere came to know people like Boschi Pope, Jon Ortiz, Mo Sanders, Matt Andrews, Vinny Minton, Azikiwee Anderson, Marquis Thompson, and so many more skaters of color at a crucial time in their developmental lives. Bladers are not alone in needing to do better, and more, to support under represented voices of all types, though we should take a moment to appreciate the diversity we do have in our community. We are stronger together.

We Owe Skateboarding A Thanks

But not for what you might think. Sure, they laid the groundwork that inspired our fore fathers and sisters of blading, but outside of that they did just about every conceivable thing possible to hinder our economic security or public visibility. Their combined 25+ years of lobbing every imaginable version of derogatory and homophobic slur at rollerbladers — like “fruitbooter” — in a constant crusade to paint inline as being undesirable, mostly worked. Just look at the scene from The Simpsons above. As this interesting article posits, “Here, rollerblading missed a genuine opportunity to embrace its ‘feminine’ side as powerful, liberating and marketable. As a result, the majority of consumers simply threw out their rollerblades.” But Karma is a bitch. Nowadays you can find skateboard brands’ PR and inclusion marketing running on overdrive all over social media. But us bladers know better, and the “just desserts” side of the situation is that by working so hard at making out blading to be lame or uncool, they guaranteed that anyone crazy or cool enough to still want to do it would carry the torch of real deal punk confidence that helped make skateboarding so universally adored in the first place. So… thanks?

When Rollerblading Broke the Gender Barrier 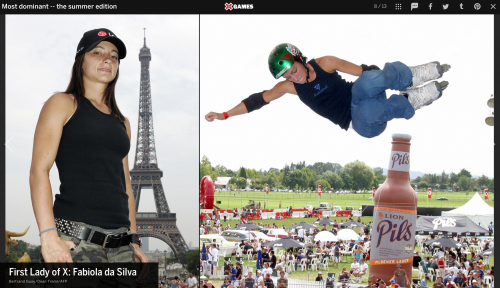 While we’re on the subject of inclusion and ways that rollerblading culture has been unafraid to question action sports norms, let’s remind folks about this, since it’s the sort of thing that today would get plastered across the internet and social media, and surely garner a new wave of attention for all the female bladers out there. Back in 2000, X-Games created the “Fabiola Rule,” then combined the Men and Women so that 6-time Gold Medalist Fabiola DaSilva could skate against her male counterparts. She told the L.A. Times in 2003, “A lot of girls think girls aren’t good enough to be skating against the guys. I just think different. If I see a guy doing it, I think it’s possible for a woman to do it also. Why not?” Inspiring words from a contemporary pioneer. 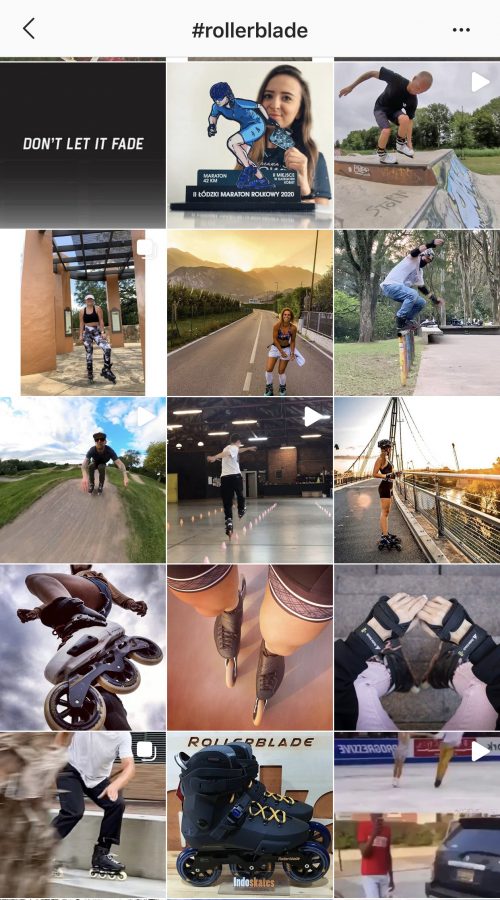 Sure, in their respective eras, message boards, Myspace, YouTube, and Facebook made blading more accessible for skaters around the world than ever before. And yes, Tik Tok is having a moment with prime sharability and even some political controversy. But for pure connectedness and blade interaction, it sure seems like Instagram is the platform that has made it easier than ever to appreciate and engage with skating and skaters from all over the world. From a simple Like or Comment, to its robust Video and Streaming capabilities, it’s a golden era for blade discovery thanks to this little app. 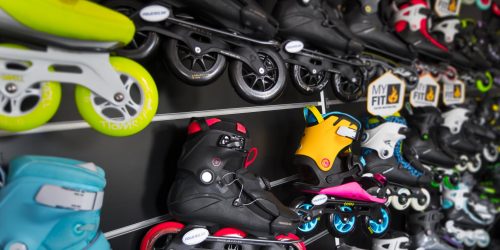 You, new person to blading that may be reading this, do not know this — or at least are just finding out — that there just are not many places to go in, try on, and buy inline skates in the year 2020. Outside of big box stores with limited selection or expertise, and the handful of kickass core shops that dot the continental U.S., it’s almost entirely a digital marketplace, where branding, service and quick shipping make all the difference. Our suggestion to you: Support your retailer of choice, and maybe we can look forward to a future with more blade shops out there participating in local scenes. Consider it voting with your wallet. 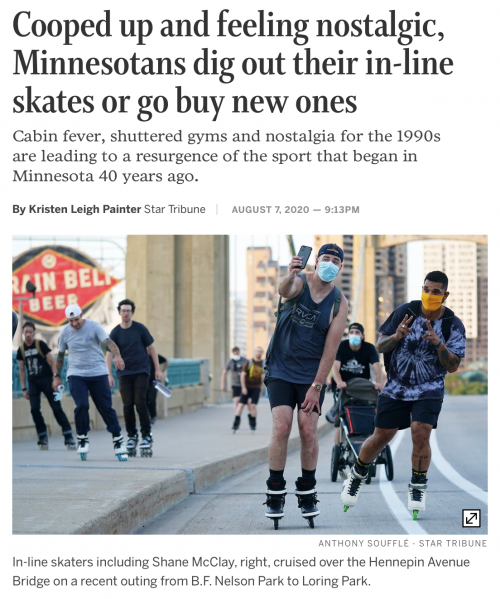 This shouldn’t need to be said, but we’ll cover it anyway — let people see you blade. Whether it’s at the skatepark, or through the city, a neighborhood, or anywhere public eyes can see what’s up, letting “civilians” see what confident, smooth blading can look like is one of the most underused sales tools for picking up new blade converts. Which is to say, don’t be afraid to share your passion for skating, because in a world where religious cults and racist organizations do a better job of recruiting than an awesome, fun and healthy sport like blading, well, then we’re just failing ourselves. Take a cue from our homies in Minneapolis and start a crew get together, and get noticed. 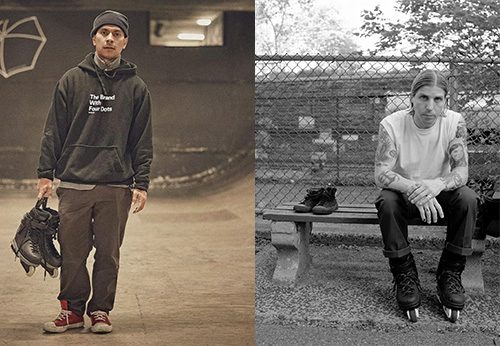 If you’re new to blading and those two names don’t ring a bell, no harm. But do yourself a favor and type those into Google and read what comes back. Type them into YouTube and watch the sections. We could spend 25+ years trying to explain what skating’s been up to, why it is like it is, or where it could be going in the future, but the easiest way to hit a “Best of Blading” crash course is through these two skaters’ careers. In a community full of talent and skill, perhaps the most valuable commodity is longevity — and both of these guys have been around for decades, set benchmarks that may never be bested, and continue to influence much of what we’ll all learn to appreciate next.

Of course this is just the stuff our mushy blade brains could remember — so use the comments to tell us what we forgot!