“You’re just poking holes in everything pointing out the problems without offering any solutions.” Over the last few years I’ve written a few articles about the troubled history of trick terminology (with the generous help of Justin Eisinger, Cesar Mora, and Arlo Eisenberg) and this has been the criticism I’ve received the most, that I’m not offering any solutions. Usually when people talk/argue about this stuff they do the exact opposite. They don’t just discuss their opinions, they suddenly become Moses or Muhammad bringing god’s one true word down to mankind. So I actually considered my objectivity an accomplishment, but I can still see their point. For anyone who asked or anyone just bored during the quarantine, here are my would-be-solutions if I had the power to change anything I wanted.

The first and most obvious problem to deal with is the fact we use the term “alley-oop” to mean two completely different things (as reverse variations of grinds and as a spin direction). So on day one I would issue an executive order to completely remove any implied grind direction from the terms alley-oop and truespin. This will also help address a few other problems I will get to in a second. 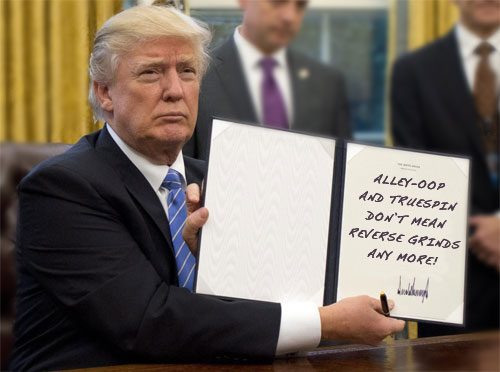 But then what would we call reverse variations of grinds? Simple! Over 20 years ago Daily Bread suggested such an obvious solution that nobody ever paid any attention. Reverse. We just call the fucking grinds “reverse” this or “reverse” that. We wouldn’t have to exhaust ourselves saying the full name each time “alley-oop 180 to reverse soulgrind.” We could abbreviate and continue saying “oop soul” or “true soul” because unless you’re including some additional info like “oop 3 soul” or “oop 5 soul” it obviously just means a basic reverse soul.

This brings me to the second major problem. What some people call inspin, other people call outspin. Hardspin just sounds subjective to what is harder for a specific individual, and have you ever actually heard anyone say “easyspin?” Inside half-cab to soul feels right, but if you approached forward and spun the same direction it would feel like outspin. I’ve never used any of these terms because I have never seen any consistency to any of them. I don’t even have an opinion because none of it has ever made any sense. So my second executive order would be to just throw them all away. 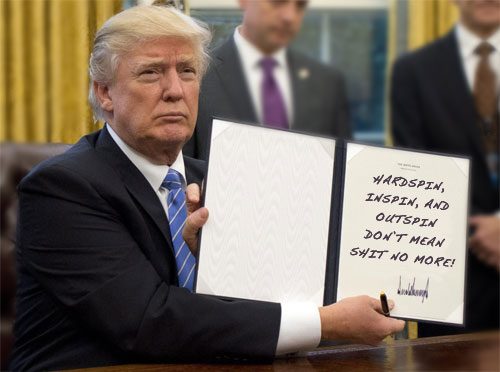 But then what would we call these spins to grinds? Simple. Alley-oop or truespin. Everybody knows which direction alley-oop and truespin are. They’re the same forward or fakie. There is no subjective quality to the names that feel hard/easy or feel outspin/inspin’y. Literally the only downside would be getting used to saying things like “alley-oop 360 to soul” or “alley-oop 540 to reverse soul.” Abbreviations will work here also “oop 3 soul” or “oop 5 soul.” If you have skated for any amount of time that is all you would need to know to determine whether they are forward soulgrinds or reverse soulgrinds.

Lastly, my most radical decision would be to throw away the term “savannah” as well. It has caused more arguments than anything else. From the very beginning it has been confusingly used for both reverse unity and reverse backside unity. And most of all, it is unnecessary. 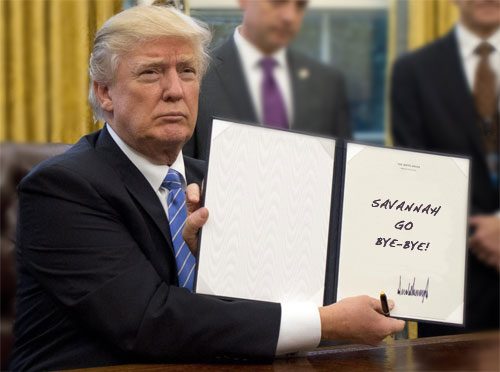 But then what would we call these unity variations? Simple. Reverse unity and reverse backside unity.

So there it is. If you don’t like my ideas and want to impeach me, good luck, I’m not even a real president. Now if you will excuse me, I have to disinfect my lungs. Stay safe everyone. 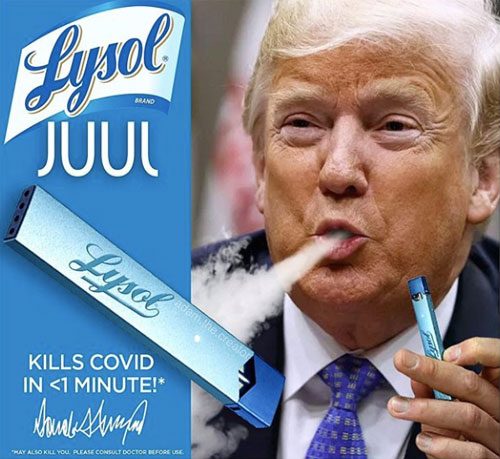